Home Politics Immigration Policy Of President Biden, The Dark Side

Alejandro Mayorkas, the Secretary of the Department of Homeland Security of the United States of America, gave a statement with regard to the immigration policy of the country. It was stated that the border between Mexico and America was closed for now.

The reason for this was because they witnessed a huge immigrant influx in the country. And a large part of the immigrants consisted of minors who were not accompanied. The statement came in this Sunday.

As per the reports, the total number of unaccompanied minors who were kept in American custody was about 15,500. Out of those, 10,500 were under the care of the Health and Human Services department and the rest were detained by the department concerned with customs and border.

There was a paradigm shift that was brought about in the immigration policy of the country. It was done by the administration of Donald Trump, the former president of America. Trump made some radical changes in the policies. They include building the infamous wall between Mexico and the USA, creating the institution of protection protocols for the migrants, and developing some agreements that would cause some migrants from Central America to make a return to their home countries.

As opposed to the approach of Trump towards the migrants, President Biden chose to have a “humane approach” towards them. And following this, he put an end to the immigration policies introduced by Trump.

According to the approach of President Biden, unaccompanied children started getting entrance into the country. They are the same children who had been victims of the immigration policy of Trump. They were left to be stranded in their home country for about twelve months.

Though the respective departments had already informed the administration of President Joe Biden about the surge in immigrants following the new immigration policy, there seems to have a problem. The authorities were very less prepared by the influx in the flow of immigrants.

Hailie Jade, Eminem’s Daughter, Posts A Rare Picture Of Her And Her Boyfriend!

$2000 Stimulus Check Got Rejected By The Senate Republicans

Kamala Harris To Act On The Voting Rights Protection 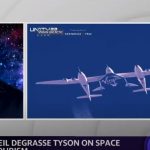 Space should be for everyone’: Neil deGrasse Tyson

The political organization of former US President Donald Trump has a total of $102M in cash starting the month of July. According to figures,...