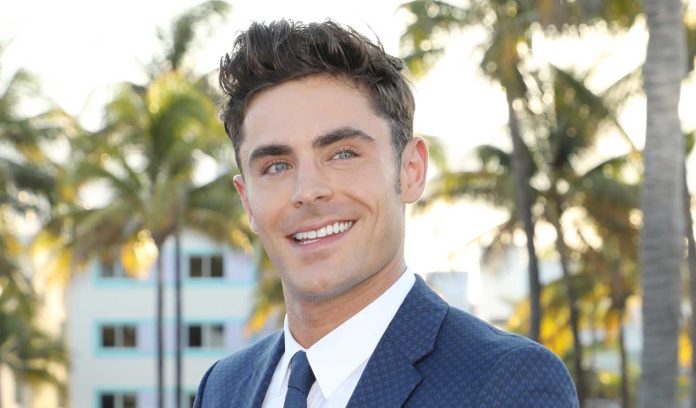 Disney’s High School Musical was filmed at Salt Lake High School East, and Zac Efron is back where it all started. The 34-year-old actor posted a picture of himself with his fist up in front of the Utah high school on Instagram on Friday, July 22, along with the message, “Don’t you… Forget about me.”

Just a few weeks before Zac Efron’s visit, Vanessa Hudgens, who played his on-screen love interest, visited the school. Hudgens, 33, also uploaded a video to Instagram of herself outside the school set to the music of “Breaking Free,” the song she and Zac Efron performed in the movie.

The Instagram posts of both actors have sparked a tonne of interest, with some fans speculating in the comments that they may make an appearance in the current “High School Musical: The Musical: The Series” on Disney+. For instance, Zac Efron’s post appeared just days before the start of HSMTMTS Season 3, which begins this Wednesday.

Zac Efron and Hudgens’ guest appearances have not been confirmed by Disney. But in Season 3 of HSMTMTS, Corbin Bleu, who played Chad Danforth in the “High School Musical” movies, will make a cameo appearance as a fictionalized version of himself.

Can Zac Efron Have A Cameo In HSMTMTS?

Lucas Grabeel and Kaycee Stroh, who were part of the original “High School Musical” ensemble, made guest appearances in Disney’s first season of HSMTMTS.

Before breaking up in 2010, the couple dated for around four years in real life. In a 2019 interview on the Awards Chatter podcast, Vanessa described their relationship as starting pretty organically.  At the time, she could not have been more appreciative to have that relationship.

Fans are naturally calling for a remake in response to Zac Efron’s statement, especially since the actor recently voiced his desire to rejoin the franchise. He confessed to E! that he would jump at the chance to work with that crew once more.

Tenet, Other Movies to Hit European, Asian Theaters This Month

PaxMedica, (PXMD) disclosed a change of -2.54% and its listed share value at $4.22 in the recent trade transaction. This company...

You Need to See this stock? Barrick Gold Corporation (GOLD)

Timber Pharmaceuticals, (TMBR) exchanged 100101 shares on hands in most recent trading session and observed an average volume with 11316.08K shares....

Should You Observe this stock? Revance Therapeutics, (RVNC)

VOLATILITY ANALYSIS: Volatility remained at 10.65% over last week and shows 6.31% volatility in last month. Market risk that established with...