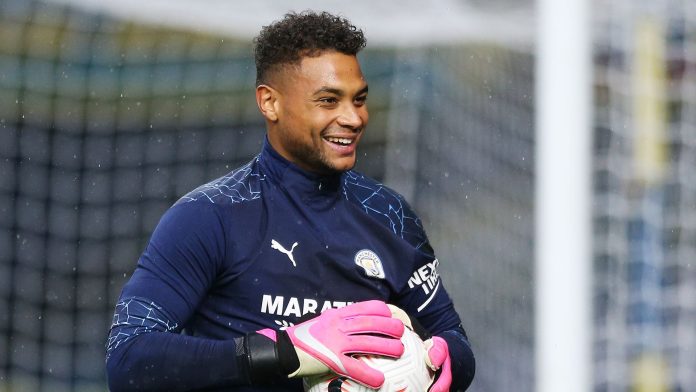 Zack Steffen has been one of the go-to goalkeepers for Manchester City this season. He has an impressive footballing background and plays for the USMNT national team. Zack’s exceptional skills as a goalkeeper caught the attention of several clubs while he was playing for Columbus Crew. Manchester City was quick to spot the talent. They immediately signed him as a backup goalkeeper for the team. However, Zack did not get much chance to prove his might in City colors. For most of the season, he was seen warming the bench, playing the second fiddle to Ederson.

Zack did get a limited opportunity and he showed his worth instantly. He appeared under the goal for Manchester City on twenty-one occasions. Zack was able to keep eight clean sheets and his performance impressed the team significantly. However, due to such less exposure, Zack Steffen wanted to move out of Manchester City for better opportunities. As per recent reports, the backup goalie from Manchester City will be joining Middlesbrough in the upcoming season. However, City will not be selling Steffen as he will be playing on loan. Let us learn more about the story in detail below.

Zack Steffen will be donning the jersey of Middlesbrough in the upcoming season. The news was teased by the Manchester Evening News. The move will likely to benefit the goalkeeper significantly. Zack will be getting a lot of exposure and is guaranteed to get more matches featuring in the starting lineup of the team.

The move to Middlesbrough will enable him to showcase his talents and give him the chance to feature as the number one goalkeeper for USMNT in the upcoming World Cups.

How Mobile Gaming Has Doubled in 2020

Skype takes on Zoom with custom backgrounds for video calls