The 49ers do not seem to be having a great time on the field. The San Francisco-based team has suffered a big blow. They lost a couple of their key playmakers due to unfortunate injuries. These losses could prove fatal for the 49ers going forward in their campaign. The team has also decided to minimize their team strength before the start of the current season. Maurice Hurst & Mychal Kendricks suffered serious injuries on Sunday. They were reportedly playing an exhibition match against the Los Angeles Chargers. The San Francisco-based team had a convincing win in their practice fixture.

49ers Losses Out On Hurst & Kendricks

It seems that San Francisco has suffered a major setback before the start of the season. The two mainstays of the team, Maurice & Hendricks have suffered serious injuries. They are expected to have a long recovery period. Maurice is a rock at the San Francisco defense. He has picked up a sprain on his ankle. Kendricks had a toe injury to take care of.

This has put the Niners in a serious dilemma before the season. The Niners will kick off their  NFL season on 12th September. The management is unsure whether to include the injured players in the roster or not. Kyle Shanahan is the coach of the team. He feared that a toe or an ankle injury usually takes up to a month to heal. He expected to decide within a couple of days.

49ers are targeting to trim their roster to 53. This has to be done by the end of the current month. Before that, the team is expected to pick and choose the probable 80 members from the existing 85. It now remains to be seen whether the injured duo makes the cut or not.

Are You Looking For Active Stock? Skillz (SKLZ)

Are You Looking For Active Stock? Marqeta, (MQ)

Marqeta, (MQ) exchanged 9406113 shares on hands in most recent trading session and observed an average volume with 10896.7K shares. The... 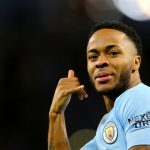 Raheem Sterling is one of the biggest names in the footballing circuit. He has been a revelation and has been a crucial member of...