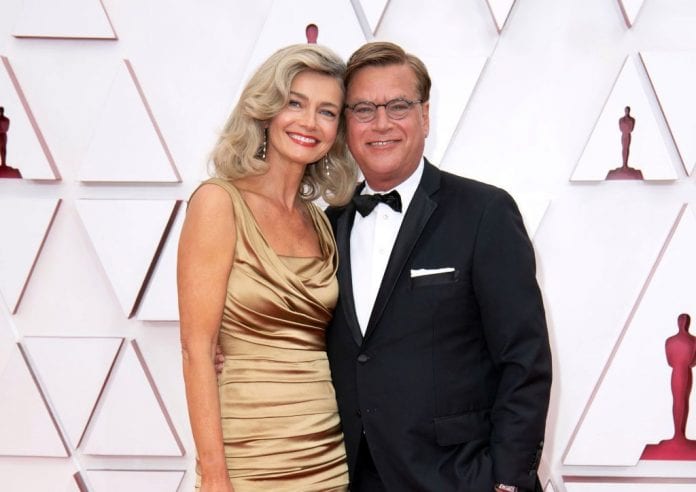 On Sunday, the latest couple stopped and posed on the 2021 Oscars’ red carpet with Porizkova, 56. Paulina glimmered in gold while Sorkin, 59, donned a stylish suit.

Entertainment outlet Page Six made an exclusive reveal on Friday about the couple dating for the last few months, including that they would walk on the carpet hand-in-hand on the biggest night in Hollywood.

Czech-born model, Porizkova was formerly married to the lead singer of Cars, Ric Ocasek. She had met while filming for the hit music video of the band named “Dive” in 1984. Porizkova was 19 years old.

The two married at the age of 24 with Ric being 45 and bore two sons – elder  Jonathan, 27, as well as younger Oliver, 22 but later they announced that they were separated amicably in 2017.

After the sudden death of Ocasek in September 2019, Paulina was astonished when she came to know that he did not include her in his will. There was no prenup existing, she was left with no money and she even was at a point where she had to depend on her friends to purchase her groceries.

It has also been reported that Porizkova went out with Ed Solomon, screenwrite of “Men in Black”, following her separation before she met Sorkin.

Aaron Sorkin was also previously wedded to Julia Bingham with whom the screenwriter had Roxie, her daughter before they divorced in 2005. Sorkin received a nomination for Best Original Screenplay “The Trial of the Chicago 7” along with Porizkova by his side on the red carpet.

Porizkove sat next to Aaron Sorkin during the show, within the social distancing restrictions of the show. The couple was excited to hear Sorkin’s name being announced when Regina King read out the nominations for the category. However, Sorkin lost the award to Emerald Fennell.

Is this stock is Attractive? Lucid Group, (LCID)

Lucid Group, (LCID) acknowledged active focus on shares in the last trading session.The stock disclosed a change of 22.00% and its...