On January 6, 2021, Representative Adam Kinzinger, a Republican from Illinois, was candid about what was happening as members hurriedly fled the House chamber as a crowd of Trump fans rushed the Capitol.

Mr.Adam Kinzinger has persisted in strongly denouncing what occurred that day and the part played by President Donald J. Trump in igniting it, in contrast to the vast majority of his Republican colleagues. Some of those coworkers originally criticized Mr. Trump but later recanted and minimized the severity of the assault. Despite criticism from his peers, his political party, and even members of his family, he has remained in his post.

After rejecting two representatives picked by Republican leaders who had defended Mr. Trump during the violence, Speaker Nancy Pelosi named Mr. Kinzinger to the committee. He joined Representative Liz Cheney of Wyoming, who has also been vociferous in opposing Mr. Trump and the incident, as the only Republicans on the panel.

Because his Republican-majority seat was erased by the new redistricting plan adopted by state officials, Mr. Adam Kinzinger decided against running for reelection. But Mr. Kinzinger has also hinted that he would run for a higher position in politics as he has intensified his criticism of Mr. Trump’s dominance over his party.

He established a new political action committee (PAC) last year called Country First, which was described as “a revival of the Republican Party” and “a re-examination of the ideas and ideals that initially drew him into the party.”

Before running for politics in Congress, Mr. Kinzinger was a member of the Air Force who had deployed to both Iraq and Afghanistan. He is still a lieutenant colonel in the Air National Guard while being a six-term congressman.

Although he had long been skeptical of Mr. Trump, he mostly stuck with the former president on matters of policy. Although Mr.Adam Kinzinger is still a mostly conservative politician, he has occasionally backed measures written by Democrats, such as comprehensive gun control legislation.

Even still, Thursday’s hearing will likely be Adam Kinzinger’s biggest opportunity to criticize the president he voted to impeach and give light on what the committee has called a plot Trump masterminded to maintain his position of power. 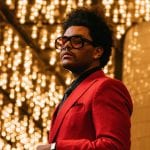 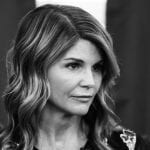