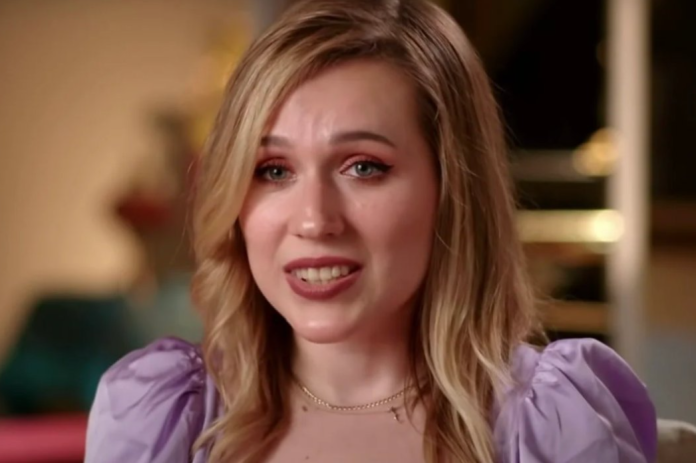 TLC confirmed on January 26 that Alina Kozhevnikova has been fired from 90 Day Fiancé: Before the 90 Days.

On January 26, TLC confirmed that Alina Kozhevnikova, who stars in the current season of 90 Day Fiancé: Before the 90 Days, has been cut following controversy regarding her past social media posts.

In a statement issued to E! News, the network shared, “TLC discontinued filming with Alina Kozhevnikova following the recent discovery of her past social media statements. She will not appear on the upcoming Tell All, any future seasons of the franchise, and starting next month, she will no longer appear on Before the 90 Days. TLC does not tolerate racism or discrimination of any kind”

Previously this month, fans of the show uncovered past Facebook and Instagram posts in which Alina allegedly made racist comments. In one post from 2014, she used the N-word multiple times to describe a party she was going to, and in another, she praised Hugh Grant for being handsome yet mocked his two children with Tinglan Hong for being “kinda Asian.”

When season five of 90 Day Fiancé: Before the 90 Days premiered in December 2021, Alina, who has a form of dwarfism called diastrophic dysplasia, became the franchise’s first differently-abled cast member. She appeared on the show with her American boyfriend Caleb Greenwood, who she met in person for the first time after 13 years of chatting.

In an interview with Entertainment Tonight in December, Alina said, “I don’t really see, you know, a lot of homophobic and racist comments anymore because people really know that it’s not OK, and it is not OK.”

But, she continued, “For some reason, there’s not much talk about ableism and how people can say degrading things about those who have disabilities, and maybe something can change with the show because more people would know that it’s not OK too, I don’t know, shame someone for their height or for using a wheelchair or something.”

Jerome Powell On The Economic State Of The Country

Tech CEOs of Apple, Microsoft, and Amazon to meet with President Biden