Home Entertainment Big Brother Season 3 Is On The Way, Cast Has Been Revealed 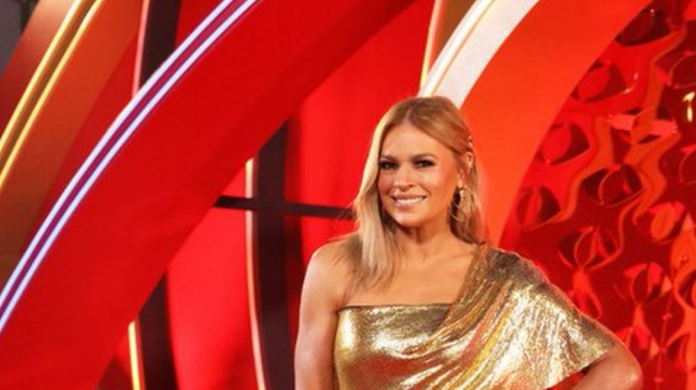 Lamar Odom, Teddi Mellencamp, and Shanna Moakler will be among the stars competing for the Big Brother season 3 crown.

Celebrity Big Brother is here and CBS announced their new cast for the third season.

Host Julie Chen Moonves teased the reveal on Wednesday in a video that was posted on CBS’ Twitter account.

“@CBSBigBrother fans you’ve been patient. We hear you, we see you and we want to reward you with some clues on who the #BBCeleb Houseguests will be,” the tweet read. “Listen along and make your guesses. The reveal will be here sooner than you think.”

In the clip, Chen Moonves hinted that the celebrities include “a former American basketball player who has been famously linked to a family of reality tv stars” and a star who “gained fame in the 90s being part of one of the most famous and influential music groups in the world.”

Other celebs included a “famous housewife,” someone who is known for “cracking jokes, specifically on SNL,” an “Olympic bronze medalist,” “the daughter of a famous rock star,” “a pageant queen, model and actress,” a sitcom actor and an athlete who is in the “top 15 for the UFC Women’s Bantamweight rankings.”

State Stimulus Check Are Inflationary? What Do We Know

Is this stock is Attractive? Genius Group Limited (GNS)

CN Energy Group. (CNEY) exchanged 5951784 shares on hands in most recent trading session and observed an average volume with 1202.71K...

Are You looking For Hot Stock? BuzzFeed, (BZFD)

BuzzFeed, (BZFD) disclosed a change of -6.39% and its listed share value at $2.57 in the recent trade transaction. This company...

Ideanomics, (IDEX) acknowledged active focus on shares in the last trading session.The stock disclosed a change of 1.67% and its listed...

Coinbase Global, (COIN) observed an average volume with 16204K shares and exchanged 6171490 shares on hands in most recent trading session....