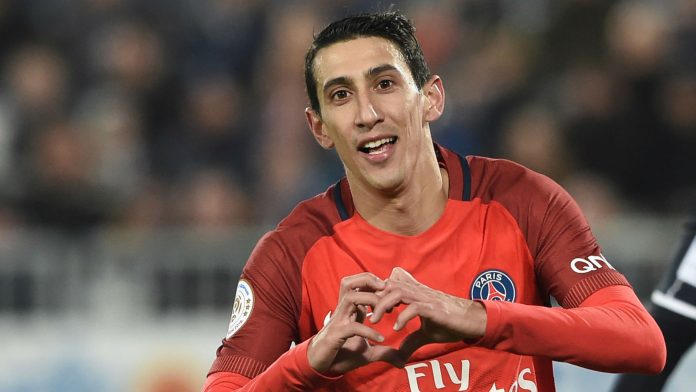 Angel Di Maria’s wife has spoken out about her difficult time in England while the forward was briefly employed by Manchester United, lamenting the “awful” people, food, and weather.

Manchester United purchased Argentina international Angel Di Maria from Real Madrid for around £60 million in 2014, so they smashed their previous transfer record. Di Maria agreed to a five-year contract.

However, the deal was a failure, and Di Maria was eventually sold to Paris Saint-Germain for a loss the following year. The star’s wife, Jorgelina Cardoso, claimed that the couple had second thoughts about moving from Madrid to Manchester but did so for financial reasons.

Di Maria and Cardoso had previously paid Argentine striker Sergio Aguero and his wife Gianinna Maradona a vacation visit. Still, she admitted in an interview with TV station LAM that the terrible year had been worse than anticipated.

She has recently revealed their conversation while deciding if they want to go to England or not. Cardoso said that Angel Di Maria consulted her before accepting the offer from Manchester United. According to her, ADM said he didn’t want to go to Manchester, but the wages they were offering were great. Thus, they decided to go to Manchester. However, their previous holidays with Aguero and his partner were not a great experience. Cardoso did not like it there, and thus Di Maria took another transfer breaking his contract to Paris. The United fans were unhappy with Angel Di Maria’s transfer to Paris.

Cardoso made his remarks when Brazilian star Casemiro, 30, signed a five-year contract with Manchester United after playing for Real Madrid for several successful seasons.

Simon Cowell Says His Eight Years Old Son Has Helped Him To Find A...