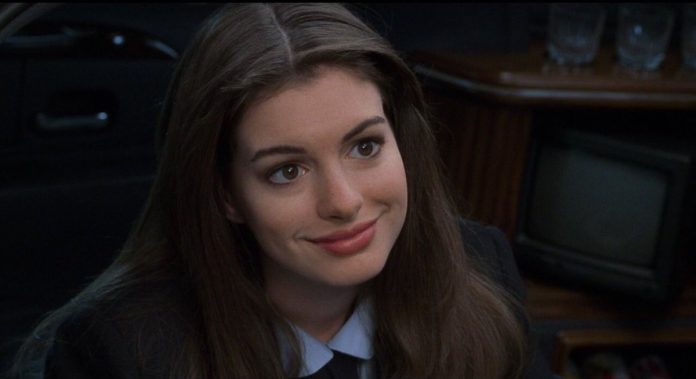 Everyone including Anne Hathaway is eagerly waiting for Princess Dairies 3, though she is yet to sign the contract. The Intern star does feel the frustration building up since the announcement of the sequel. As everyone has been so patient they are also part of the movie now. A movie’s big part is the audience, without them the movie only with cast and crew is no good. And The Princess Diaries is coming after two decades.

The Big Yes Yet To Come From Anne Hathaway

Anne Hathaway previously said when she first got the script of the princess diaries’ first part, the whole thing was electrifying. Just by touching the script, she felt success. However, Anne Hataway hasn’t signed the contract yet or said yes to the upcoming sequel. As per the report, Aadrita Mukherji is writing the screenplay. But rumor has it, Anne Hathaway has been tied to Disney’s princess Dairies projects for the next few years. Garry Marshall who died in 2016, has always been talking to Anne Hathaway about how they both wanted to do the sequel.

At that time Hathaway was heavily pregnant and marshall told everyone before he died, that everyone needs to hold their ideas and pitches. They can disclose after Anne has her baby. Hathaway shared that she loved everything about princess diaries, and the most interesting part was she could hug Julie Andrews every day. Which she claims is something magical. Julie Andrews who played the role of Queen Clarisse Renaldi feels she is now way too old to play the Queen’s role. But Anne Hathaway has been encouraging her since.

3 Reasons Why The Wildfires In California Are So Destructive