Home Top Stories Anthony Joshua Fell To Usyk, What Is Next For The Loser Of... 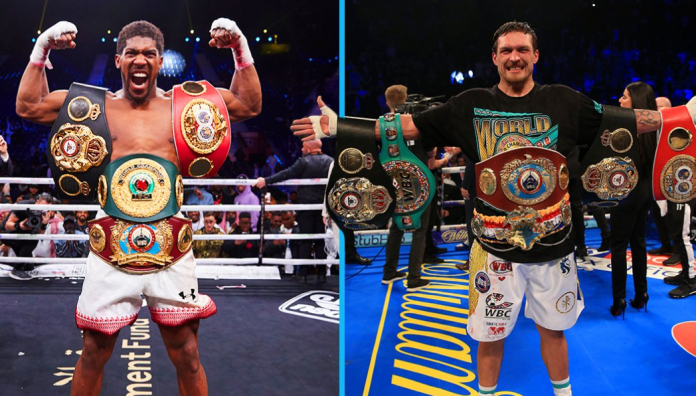 Anthony Joshua was defeated by a strong Oleksandr Usyk on Saturday. AJ is looking to regain his WBA, WBO, and IBF belts in the rematch against Usyk. The loss of Anthony Joshua has resulted in a huge shift in the heavyweight landscape.

Anthony Joshua and Tyson Fury were set to sign up a fight and commit to the biggest bout in British boxing history. Now AJ has lost his WBO, WBA, and IBF titles in a one-sided defeat to the impressive Oleksandr Usyk.

Britain’s wait for a first-ever undisputed heavyweight champion in the four-belt era will now continue until, at the very earliest, summer 2022.

How Anthony Joshua Will Try To Make His Comeback

The loss taken by AJ had created more hurdles to overcome with the likes of Dillian Whyte, Joe Joyce, Usyk, and Deontay Wilder standing in the way of making history.

Anthony Joshua has spoken with his promoter and has confirmed that they will have the rematch against Usyk, which was contractually agreed upon. Fury’s October 9 bout against Wilder can switch things up even more.

The question that most people are asking is that, can Anthony Joshua win the rematch. He doesn’t have a choice but to take a rematch. He needs to make serious changes or else he will repeat the 12-round lesson he learned on Saturday.

Joshua has the ability to regain his titles, as he is an Olympic champion. He is a short fighter with no head movement and slow feet but is still a sturdy fighter.

He was completely outclassed by Usyk who out-boxed, out-fought, and bamboozled Anthony Joshua with his hand speed and boxing IQ.

What Joshua needs to do now is to focus on his size, strength to put the Ukrainian away early. We have seen AJ bounce back from adversity so writing him off will be a mistake.

Bernie Sanders Gets Involved In The California Recall Elections