Home Top Stories Kyle Lowry To Begin Anew In Miami, Gets Ready For The First... 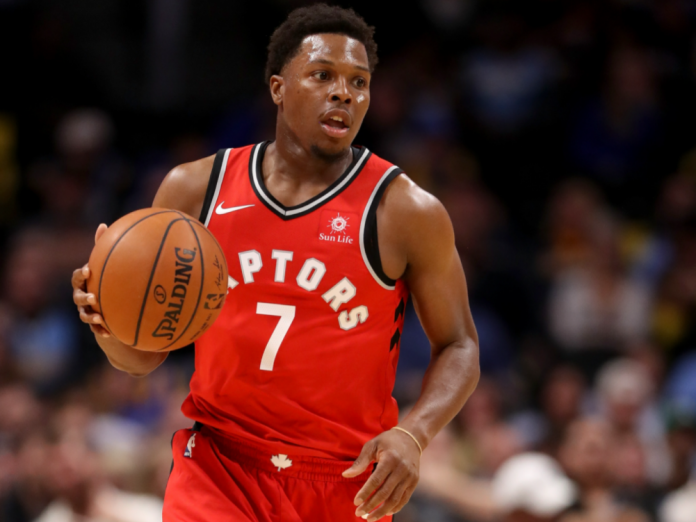 Kyle Lowry was seen posing for pictures with new teammates from the Miami Heat. He took photos with Bam Adebayo and Jimmy Butler. He chatted up with the rest of his team members for the first time. He even struggled a bit to remember the names of several players he was supposed to meet. This task was even more challenging as most of the players were wearing a mask.

Kyle Lowry Had A Tough Day At Work

The first day at the job was not easy but it will be on the second day.

Kyle Lowry went through media work for the first time in Miami. He participated in several interviews and photo sessions, which acts as the precursor to the actual training camp. The real game starts on Tuesday when he will join the practice session with his Heat teammates. This is the part that Kyle Lowry expects to work out for him.

Lowry stated that the uniforms were different, the city was different and even the atmosphere felt different. He feels like he needs to adjust and take some time to figure things out. He wants to know the names of his new teammates and feels that masks make it difficult.

Kyle Lowry came to Miami after Fifteen years in the NBA, the last 9 with Toronto, where he was a 6-time All-Star and helped the Raptors win the 2019 Season. He was nearly traded to Miami Heat last spring, then ended up in Miami this summer during free agency after agreeing to a deal that ultimately became a sign-and-trade sending Goran Dragic and Precious Achiuwa to the Raptors.

How Far Will Genevieve And Shanae Make It After Their Explosive Fight? The Bachelor...

Stephen Amell Shares His Side Of The Story

Frankfurt Is Ready To Face Rangers