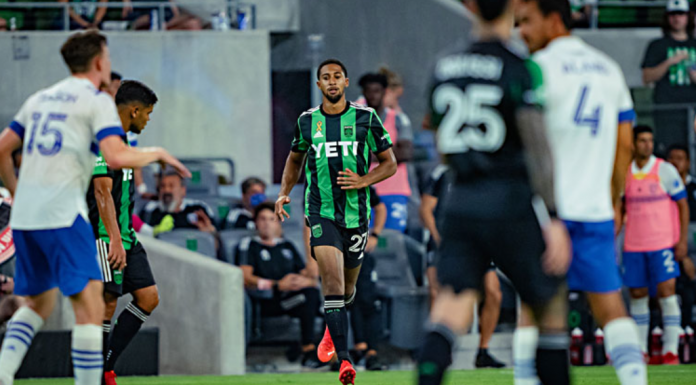 Austin FC won 2-0 over LA Galaxy as Moussa Djitte and McKinze Gaines scored their debut goals in the MLS. The Q2 Stadium was packed as Austin FC won on Sunday.

Moussa Djitte was brought in by Austin to strengthen their offense. He was brought in from Grenoble, which is a Ligue 2 team, and had opened the scoring after 63 minutes. Gaines grew up playing football with a youth team in Austin and had picked up a midseason contract with the club. He scored the second goal after 15 mins.

Austin FC broke a 5-game losing streak and LA Galaxy kept continuing their 7-game winless streak. The losing side dropped to 5th in the Western Conference and is beginning to worry about the Audi MLS Cup playoffs.

LA Galaxy had better chances in the first half where Chicharito was in on goal in 2mins but had shot the ball, straight into Brad Stuver. Victor Vazquez went wide of the post in 6 mins.

Austin FC was just passing the ball and could not register a shot till 33mins. Julio Cascante headed the ball from a Tomas Pochettino freekick.

Moussa Djitte had the best chance in the first half when he trusted his own shot over Diego Fagundez. He shot the ball past the goal post with extreme power.

The second half saw the teams testing both the goalkeepers. Kevin Cabral attempted a shot that was blocked by Stuver in the 49th minute. Cecilio Comingues made an attempt after 55 mins, where the ball went straight to Jonathan Bond.

The newcomers in Austin FC made their presence felt. Djitte shot the ball on target which was parried by Bond but later rebounded by the striker. Pochettino nearly doubled the lead on a 70th-minute free-kick notable for its long set-up and for Chicharito lying behind the wall, which just skimmed over the crossbar.

Nick Lima played the ball to Gaines in the 79th minute who struck a delightful goal for the Austin FC fans to relish.

See inside hospital in India ravaged by Covid-19