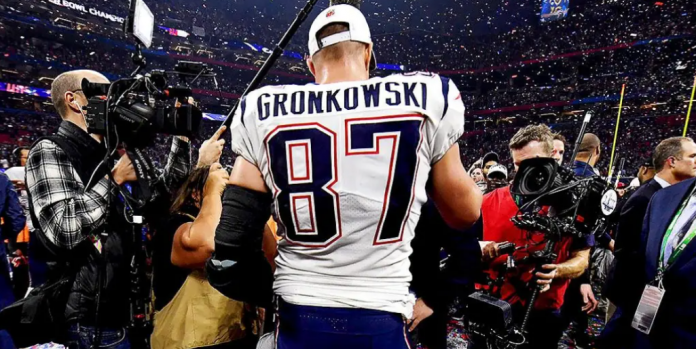 Rob Gronkowski who is the Buccaneers tight end had returned to the field after a brutal hit. He needed an X-ray after the match on Sunday.

The X-ray report came up to be negative and he was considered to be fine. This statement was made by the coach Bruce Arians in a postgame conference.

Arians made a confirmation to the fact that Rob Gronkowski had taken X-rays of his ribs after a hit from LA Rams LB Terrell Lewis. Bucs had lost the game 34 to 24. The coach did not provide any additional information on how Rob Gronkowski will be made available for the practice sessions and the game on Week 4 in New England.

The Bucs saw their RB Bernard injured too. He injured his knee on a 7-yard TD catch late in the 4th quarter.

Arians stated that he looked fine and might face swelling on the knee on the place. He considered these to be the worst things to happen in 6 hours on a plane as they swell more than normal. Bernard managed to finish with 9 catches for 51 yards and 1 TD to his name.

Taylor Heinicke: The Only Ray Of Hope

PRESENTS TO LAST A LIFETIME

Amylyx Pharmaceuticals, (AMLX) exchanged 21138972 shares on hands in most recent trading session and observed an average volume with 734.87K shares....

Is this stock is Attractive? Banco Bradesco S.A. (BBD)

Banco Bradesco S.A. (BBD) acknowledged active focus on shares in the last trading session.The stock disclosed a change of -0.97% and its...

Are You looking For Hot Stock? Ginkgo Bioworks Holdings, (DNA)

Ginkgo Bioworks Holdings, (DNA) observed an average volume with 22556.47K shares and exchanged 22599653 shares on hands in most recent trading...