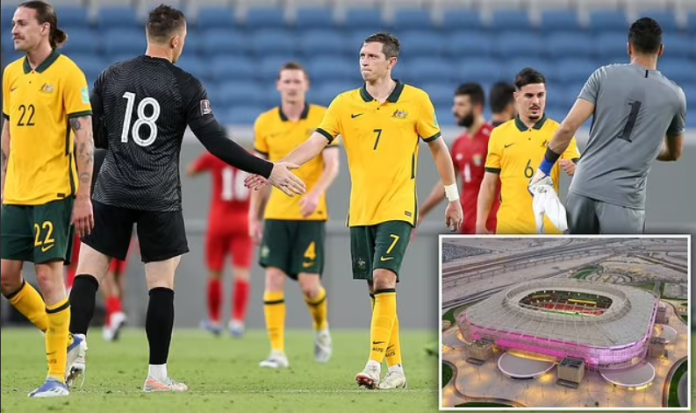 Graham Arnold is relying on the mental strength of Australia to win against the UAE on Tuesday and get through to another playoff battle for a place in the WC Finals in Qatar.

He added that Australia seemed to like qualifying the “hard way” but insisted that they are ready for the showdown in the Ahmad bin Ali Stadium in Doha.

The winner will take on Peru in the same air-conditioned stadium on June 13 for a place in the finals that start in Qatar in November.

New Zealand will face Costa Rica the next day to decide the final qualifying spot.

The Australian coach said that because of coronavirus travel restrictions, Australia has played 14 of their 18 qualifying round games in the Middle East and also acknowledged the team’s record of scraping into the finals through playoffs.

“Australia is pretty much used to doing it the hard way. This is the fifth time in the playoffs and it is an experience that we are used to,” the coach told a press conference before their final training session on Monday.

He admitted his team can struggle after conceding first, so his main task had been to prepare the players mentally as they look to reach the World Cup for the fifth time in a row.

“We have got a very strong group of players at the moment that has a strong belief in themselves. Physically we are really ready for this game.

“In the past, we have had a lot of players that have missed games because of Covid and international travel. But now all those types of things have been removed,” he said.

“Mentally the boys are in great spirits and I believe with that mental Aussie strength that we will come through.”

Forward Mitchell Duke, who plays in Japan’s second division, said the game would be “a great occasion. All the boys know what’s at stake.