Home Sports Baker Mayfield May Have Been Driven To Breaking Point By Deshaun Watson... 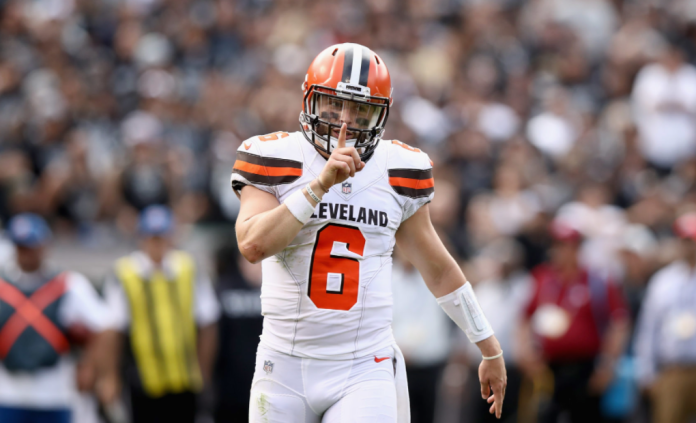 Baker Mayfield and the Cleveland Browns are currently going through consequences that come apart when a team gets too deep in a trade pursuit. This takes place particularly when the discussions are usually centered on an upgrade for a quarterback who seems to have his future in the fog.

This is exactly where we find the Browns, who have been taking their best shot towards the trade for Deshaun Watson this week. This seems the kind of move that would always be rife with complications and risk, simply because of the unfolding litigation of Watson that has now turned towards depositions regarding his charges for sexual misconduct and assault.

The question stands, what will the Cleveland Browns do- especially with Baker Mayfield, if a Watson pursuit seems successful? Also, what would they be doing if the Watson deal fails? It can be understood that the team definitely has another weapon in its arsenal, It might not have the same implications or the gravity associated with it, but it still presents a couple of quandaries that does necessitate a resolution as soon as possible.

Now, if the Browns land Watson, it seems pretty evident that Baker Mayfield will be looking for a trade. And he might not even get the chance to take that stance, as the team will be looking for a landing spot for Mayfield the moment a Watson deal materializes. Yet, this doesn’t look to be too easy, considering Mayfield has $18.8 million in guaranteed salary the next season, but the front office of the Browns is more than capable of putting together a strategy for the former draft pick.

The downside to acquiring Watson is that it could potentially destroy the relationship between Baker Mayfield and the Cleveland Browns- if the deal falls through.

Facebook Turns Meta: Zuckerberg Bring All Technologies And Apps Under One Banner