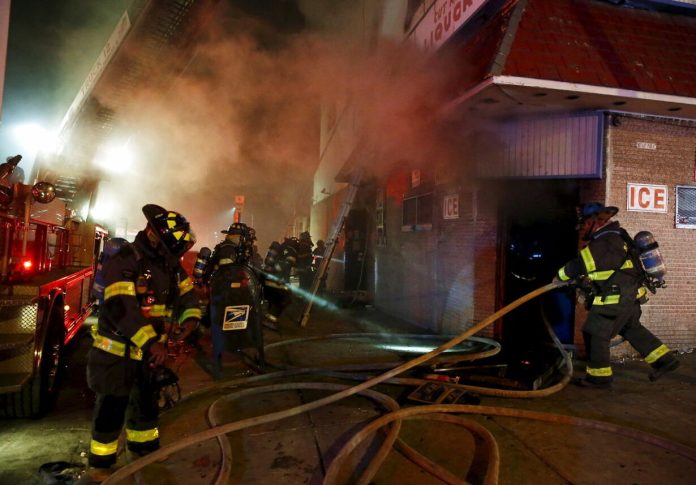 Three Baltimore firefighters were killed, and a fourth is in fair condition in the hospital after becoming trapped in a collapsed rowhome while attempting to put out a fire Monday morning.

Baltimore Mayor Brandon Scott described the incident as a “heartbreaking tragedy” for the city, the fire department, and the firefighters’ families.

Baltimore Firefighters Were Buried In Tons Of Debris

Today, Lt. Paul Butrim, FF Kelsey Sadler, and FF Kenny Lacayo were killed in the line of assignment for our community. FF John McMaster is still in critical but stable condition in the hospital. Three people were crushed beneath hundreds of pounds of rubble, and one of them was still alive when his colleagues arrived.

According to Ford, the Baltimore firefighters were responding to a two-alarm fire inside a vacant three-story rowhome when it partially collapsed, trapping four first responders within. One fireman was instantly rescued, while the other three remained trapped while other emergency officials on the scene cleared “piles of debris” in an attempt to locate them. He claimed that two firemen were saved “within an hour of the fire.”

According to the Baltimore Sun, Ford informed reporters that even though the rowhome was deserted, Baltimore firefighters elected to enter it nevertheless since an adjacent property was still occupied.

According to several media sources, the last time a Baltimore fireman was killed in the line of duty was in 2014, when veteran firefighter Lt. James Bethea died of smoke inhalation after falling through a hole in the floor of a vacant home.

Heather Gay Is With Jen Shah