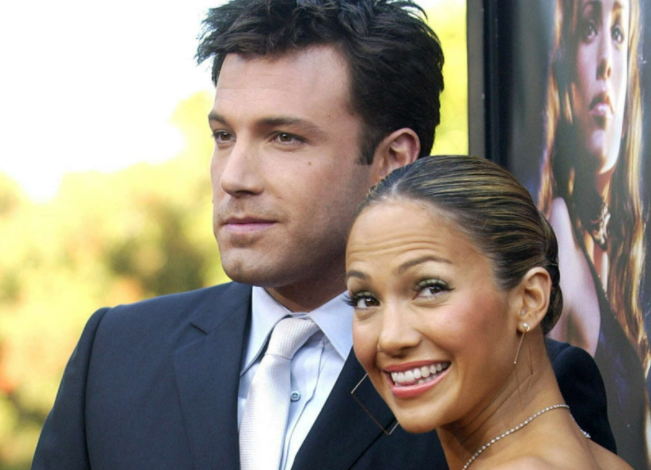 Ben Affleck and Jennifer Lopez confirmed their relationship to the world after a cuddly date. The couple was intensely close as they enjoyed a romantic evening at Beverly Hills restaurant on Saturday.

While Ben Affleck was dressed in a relatively casual ensemble, JLo, 51, was draped in a coat that went down to her knees. She paired that with a mesmerizing pair of scarlet pumps sporting a flawless topline and a gold purse. Ben Affleck wore black pants and shoes that matched his charcoal-colored blazer. They held each other in their arms.

Lopez was returning from Vancouver in Canada to LA after shooting for The Mother, her forthcoming film. She was with Ben Affleck to share Thanksgiving week with him and her children, twins Emme and Max, who are both 13. She shares the twins with Marc Anthony, her ex-husband.

Her announcement of heading home was accompanied by On My Way (Marry Me). The song is from her forthcoming movie, Marry Me. She said that it had been beautiful in Vancouver with the snow, but tonight she was excited to be heading home for Thanksgiving.

Sources said that the last few weeks had been tough for Jennifer Lopez to stay away from the kids and Ben Affleck. Jennifer and Ben Affleck are reportedly doing very well together as she loves the company of Ben. She feels that it was really destined. A source confirmed that they are very happy together in their company, and it was a serious relationship. They want it to be long-lasting.

While Jennifer’s Marry Me will be in the theaters on February 11 next year, The Mother will also release at a later date in 2022 on Netflix.

ctor Lana Wachowski Opens Up At Matrix 4 Premiere: ‘Movie Theaters Have Sustained Me’

Hayden Panettiere Back On Social Media After Break

Jake Paul Hits Out At Boxer Tommy Fury After He Pulls Out...