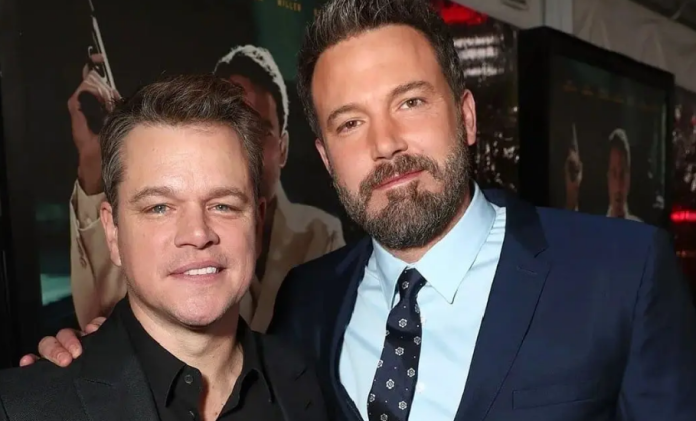 It was in the 1990s that Ben Affleck and Matt Damon collaborated Good Will Hunting. They won them an Oscar and a Golden Globe for screenplay. More than 2 decades later, they are again cowriters in the historical drama, The Last Duel. And they disclosed that the initial script had a scene that neither had attempted before.

Ben Affleck and Matt Damon were initially slated to kiss in one of the scenes of the movie. The movie is based on the last duel in French history that had a legal sanction. It depicts the duel between Jean de Carrouges and Jacques Le Gris. There were initially friends who turned rivals when Carrouges’ wife alleged that Le Gris had harassed her. The fate of the three is determined by the final duel.

And it was the custom to share a kiss before going ahead with the cruel ceremony.

To be true to the actual events, the actors were to kiss on the mouth, according to Ben Affleck. And that was part of the initial script, he said. The film also features performances by Adam Driver and Jodie Comer.

Ben Affleck’s partner Matt Damon noted that it would be the first time that they would kiss on screen. But Ben Affleck felt that the scene would have to be removed from the movie. So the scene was erased from the screenplay and never made it to the screen.

Their character shares much hatred and that contributed to the film. Matt recalled that it was fun. In the movie, Matt Damon kneels before Ben Affleck instead of kissing him. Matt says that Ben did a last-minute improvisator and asked him to come closer just as Matt began his lines. It forced him to get up, move closer, and start his line all over again.

Matt says that part was improvised and was never part of the original scene. The great chemistry between the two worked perfectly for the movie.