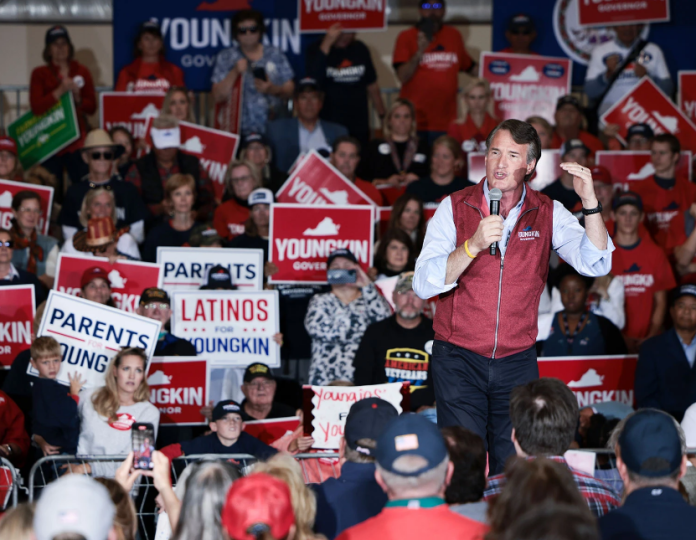 Election day in Virginia is being watched across the country as the Virginia election implies the Democrats’ national agenda. The Republicans and Democrats face off as the political climate remains tense all across.

While Democrat McAuliffe is hoping that the leftward trend should carry them through, Youngkin has recently managed to energize the conservative camp. The predictions remain deadlocked by the GOP has an edge.

The fight in Richmond is focused on issues that are matters of hot discussion across the country. The Virginia elections are being viewed as an alternative to what lies ahead.

Virginia Election A Challenge To Biden

The Virginia election comes amid partisan frustration across the state in recent weeks. In the run up to the election, the Republicans have protested against various issues, including inflation, pandemic mandates, rising gas prices. They continue to maintain that the Presidential election was rigged.

The Democrats are also being forced to fight internal battles with conflicts within the party coming out in the open. This will be a damper on the keenness of the voters for the Democrats.

Nationally, both the leaders, Trump and Biden, are facing contrasting sentiments within their ranks. This had forced the two leaders in the Virginia election to rely less on their national leaders.

President Biden’s popularity has plunged to 43% since he won Virginia by a 10 percentage point margin.

The chaotic exodus from Afghanistan is also weighing down on Biden though the humiliation had a lot to do with policies over the years.

The military preference could play a role as Virginia houses America’s biggest naval station and has over 100,000 servicemen.

McAuliffe has stressed that his opponent was endorsed by Donald Trump instead of harping on his long association with Joe Biden. He has been involved with the party since the time of Bill Clinton.

Youngkin has stayed away from taking the hardline stance, including claiming that the elections were rigged, instead opting for a more moderate role.

The Greatest Moments in Football History