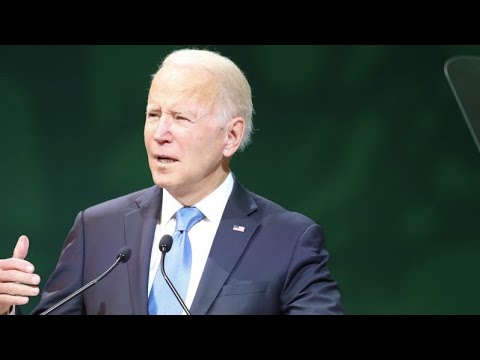 Last Thursday saw President Joe Biden wishing the American citizens a normal and happy Thanksgiving- which would be celebrated a second time under the pandemic. This would mark the resumption of the holiday traditions throughout the country- which also includes his own family.

In a videotaped greeting, the POTUS mentioned that while they were expressing their gratitude and relief for what they have, the citizens of the country also need to remember those who were lost. The greeting was recorded with First Lady Jill Biden at the White House before they took a trip to Nantucket, Massachusetts for the holiday.

Joe Biden Thanked The Coast Guard For Their Services

Once they reached the island, Joe Biden and his wife went around the Coast Guard station located at Brant Point to visit the personnel there- and every other US service member from around the world. The President was quite candid with them- stating that he wasn’t being funny when he thanked them for their services. As a sign of respect for their Commander in Chief, the members of the Coast Guard stood ramrod straight as he departed their grounds.

There were no reporters inside the room to record the videotape greeting of Joe Biden, simply because of a lack of space in the building. Most of the well-wishers waved and cheered as the motorcade of the President went around the cobblestone streets of the island to and from the compound of the Coast Guard. The President, whose late son served in the Delaware Army National Guard, spoke about the pride he felt when the world recognized America through the services of their army all over.

From the island, Joe and Jill Biden phoned into the Macy’s Thanksgiving Day Parade, as they briefly bantered with Al Roker, the NBC Broadcaster.

Phillies Continue Their Struggle To Defend Resulting Losing To Dodgers

The Trump administration is refusing to fully reinstate DACA