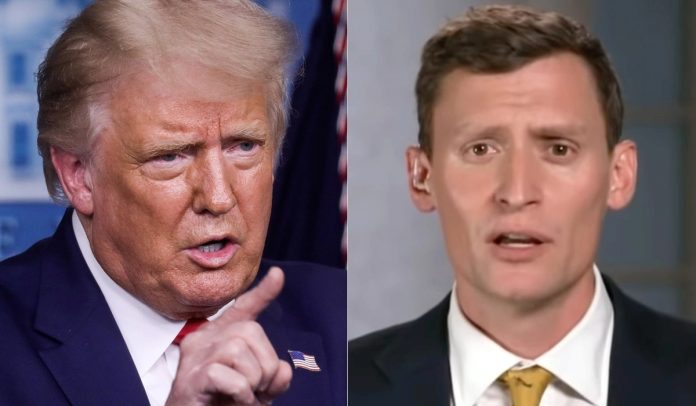 Arizona Republican Senate candidate Blake Masters continues to campaign with his one-line agenda that Trump was the winner in 2020. He still has the same ad speaking of how the presidential election was stolen from his mentor two years ago.

His blind assertion has led to Trump firmly backing Blake Masters and also helped him win the primaries. But he has toned down a bit for the general elections and conceded that Biden was the legitimate president of America in reply to a pointed question.

But there remains a difference between asserting that Biden is the president and conceding that the presidential election in 2020 was legitimate. And that is something that Blake Masters will never concede.

He has changed his lines to suit the audience and has in the same campaign suggested that the presidential elections in 2020 were tainted by fraud, and Trump was dishonestly deprived of a victory.

It is a tried and tested campaign strategy used by the Republicans for the past two years. They have alternated between campaigning because the whole election process was a fraud, while also reiterating their support for the democratic process.

All Blake Masters conceded in his web of deceit at the interview was admitting that Biden was the legitimate president of the US, was duly sworn and certified, and was in the White House. He added that it was an unfortunate reality for all of us.

And then he went into the deep conspiracy theories about how the FBI colluded or forced big tech companies including Facebook to censor the truth about Biden’s son, Hunter, allegedly contained in a laptop.

As long as it pays dividends, Blake Masters and his master will continue to espouse broad conspiracy theories about how the Democratic Party and the FBI colluded with the tech companies to deprive Americans of the chance to see Trump for another term at the White House.

Stimulus Check 2023: States Are Working On Dreams Of Millions