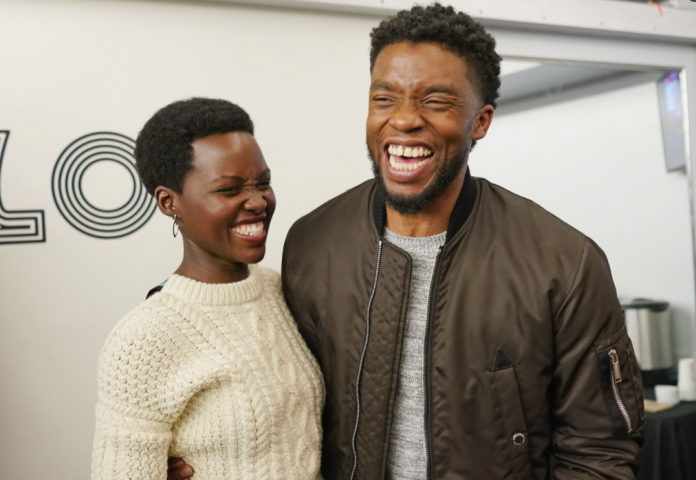 The actress had paid her tribute on social media on Saturday. He co-starred  Chadwick Boseman in the movie, Black Panther.

The Tribute To Chadwick Boseman

She shared a picture of herself standing beside Chadwick Boseman and wrote a touching message that she missed his laughter and his current silence in equal measures. His memories are still alive in her mind. Various stars had also sent their love in the comment section.

Josh Gad worked with Boseman in the movie Marshall and shared his own tribute to the late actor.

Gad still feels the hurt after his passing even though a year has passed. He is always reminded of the light even though he faces darkness and that Chadwick was an angel on the planet. Gad wrote these messages on Twitter.

Chadwick died in his home while being surrounded by his family last August. He was fighting a long battle with colon cancer and was 43 when he passed away.

He was diagnosed with Stage 3 colon cancer in 2016 and had fought against it for 4 years while it progressed to stage 4.

Chadwick Boseman is considered to be a true fighter and had persevered through everything. He had brought beautiful films that carried messages which people loved so much. Movies like Da 5 Bloods, Black Panther and Marshall were filmed during surgeries and chemotherapy and people were unaware of this.

Nyong’o was on The Ellen DeGeneres Show where she mentioned his name and that it was hard for her to come to terms with his passing. Chadwick Boseman was known for his leadership trait which she experienced while working on Black Panther.

He led Black Panther with great compassion and brought his entire presence in the movie. He was great friends with Lupita and it is tough for her to think about him in the past tense.

Marvel has revealed that Black Panther will have a sequel Black Panther: Wakanda Forever which will not cast Chadwick Boseman as T’Challa.

HEATED DEBATE! Should Mark Noble have been subbed on to take West Ham’s vital...

Darren Criss Surprises His Best Friend By Renovating His House

Chet Holmgren Lives Up To His Standing On Gonzaga Debut

How to Setup VPN on Windows 10 – Complete Guide