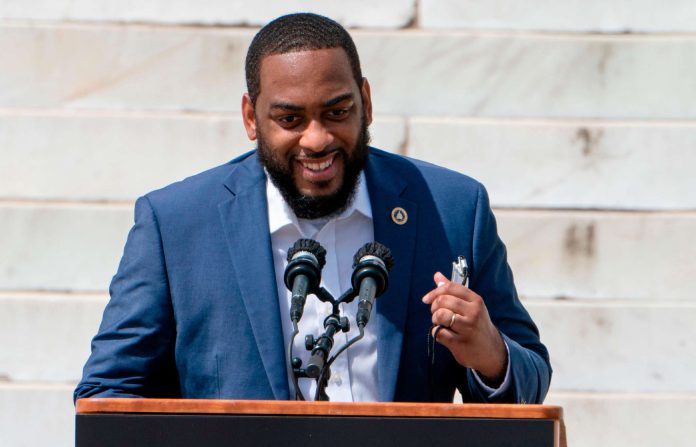 Charles Booker has been a prominent figure in the US political circuit. He has had a significant presence and has contributed largely to the welfare of the country. Booker is currently a candidate for the Senate from Kentucky. Charles has always been known for his unique mannerisms. He has done some of the most unorthodox moves in the history of US politics. The recent advertising campaign of the politician has been no different. In his recent campaign, the politician appeared with a noose.

He has done this to mock Senator Rand Paul. Paul was responsible for not granting the legislation for federal anti-lynching in the year 2020. He has opposed the idea that lynching should be treated as a federal crime. Charles Booker, in his statement, stated that lynching was used as a terrorizing tool. The politician also stated that he lost three of his family members due to lynching. Charles lashed out at Rand Paul throughout his campaign. He stated that Paul made some of the most controversial decisions ever in the past as well. Paul stated earlier in 2011 that people trying to fight for a right to their healthcare meant that they believed in slavery. Let us learn more about the story in detail below.

Charles Booker is not at all happy with Rand Paul. Booker is furious about the fact that Paul did not want to make lynching a crime of federal degree. When asked about his opponent in the upcoming votes, he mocked Paul in the video.

Charles Booker stated that he did not consider someone a worthy opponent if that person had opposed even the Civil Rights Act. However, despite Paul’s efforts, the bill was launched lynching is treated with strict repercussions at the moment.

South Park Jumps To The Future In Post- Covid Exclusive