Home Sports Lebron Attempts To Contact Isaiah Stewart And Apologize For The Elbow On... 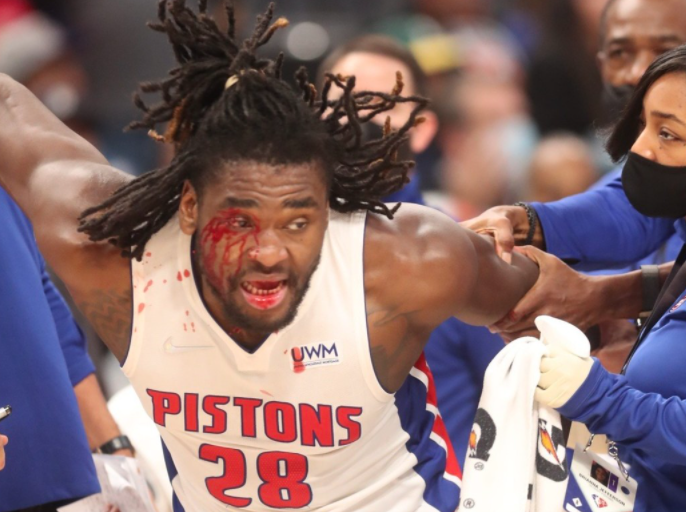 The Los Angeles Lakers and Detroit Pistons game made headlines for the wrong reason as Isaiah Stewart and LeBron James were involved in a major scuffle. The incident occurred during the 3rd quarter as Isaiah Steward and LeBron jostled for position during a free-throw attempt.

LeBron hit his left elbow on Isaiah Stewart’s face. Whether it was a deliberate foul or accidental, Isaiah Stewart ended up with blood all over his face. He then rushed at LeBron multiple times. Players and personnel from both teams rushed in to restrain Isaiah Stewart, who was clearly upset at the incident.

Referees declared a double foul on LeBron that led to his ejection. LeBron received a one-game ban while Isaiah Stewart earned a two-match suspension with no pay for his conduct after the incident.

Isaiah attempted to pursue LeBron even as he was restrained by players from both teams and officials. The brawl continued for a few minutes on the court. Isaiah Stewart was suspended for escalating the incident on the court and aggressively and repeatedly pursuing LeBron in an unsportsmanlike way.

Stewart had a deep cut above his right eye. The incident did look accidental. LeBron appeared to use his elbow to get Stewart’s arm off him. But in doing so, he caught Stewart right on the face.

LeBron appears to convey that the incident was an accident. The Athletic’s Shams Charania reported that LeBron reached out to Stewart to apologize for the incident. It remains unclear if he succeeded in getting Stewart’s phone number. LeBron’s suspension is his first in his 19-year career at the NBA that included 4 championship wins.

It remains what further action NBA will take after the unsavory incident. The body’s fine and suspension policy is unpredictable and random and it is easier to predict the weather.

Bitcoin Could Hit $4.8M According To VanEck

Alphabet (GOOGL) exchanged 5013808 shares on hands in most recent trading session and observed an average volume with 32861.29K shares. The...