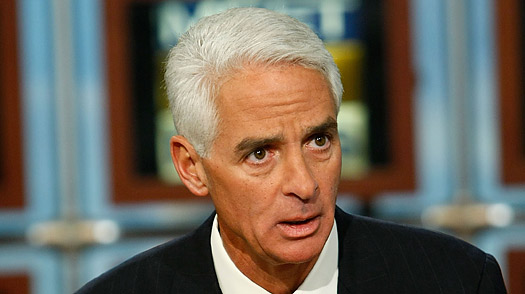 US Representative Charlie Crist has resigned from his Congress seat a week after winning the Florida gubernatorial primaries. He will be focusing on his campaign in the Sunshine State against Republican Governor Ron DeSantis.

Charlie Crist informed in an interview on Wednesday that his resignation would be effective immediately. He revealed that he had spoken with House Speaker Nancy Pelosi following which he made the decision.

Charlie Crist informed that Pelosi told him that he needs to focus on the election and win it. She stressed that it was important that he get down quickly to it as there was not much time.

Charlie Crist was the Republican Governor of Florida between 2007 and 2011. He switched sides later and lost to Republican Rick Scott in 2014. He won the congressional seat in the St. Petersburg area two years later.

After his win from the Democratic camp, Charlie Christ named Karla Hernandez, the President of the United Teachers of Dade as his lieutenant governor. Charlie Christ tagged his pitch to his announcement of resignation from Congress. He said that voters have a clear choice before them.

He said that if they want women’s rights to be protected, their vote should go to the Democratic party. He also spoke of an improved education system and protection for the African-Americans.

Eric Lynn of the Democratic Party and Republican Anna Paulina will fight it out for the Congressional seat left vacant by Christ.

Yevgeny Prigozhin Has Now Confessed To Meddling In US Politics

Rick And Morty Movie Is Not A Bad Idea Afterall All!

Russia Has Been Accused Of Trying To Overthrow The Ukrainian Government