Home Sports Chelsea Advances In The Champions League Round Of 16

Chelsea has been looking to prove a point for a long time. The Blues have been a consistent team in the English Premier League. Their recent records in the league are very much impressive.

Unfortunately, they failed to replicate their performance in the UEFA Champions League. Time and again the team has flattered to deceive. Thus, the entire team was determined to make an impact this year. It does seem that the Blues mean serious business this time. Chelsea faced off against Lille.

Chelsea did not have a tough time in the group stages. They easily qualified for the Round of 16 and are very much confident to go the distance. The team showed commendable unity in tough times.

This victory will also serve as a morale booster as the club is potentially on the verge of being sold. The situation is so much worse than UEFA had to take permission from the European Union for proceeding with the match.

The Blues did not disappoint their fans this time. They played brilliantly to cement the much-needed victory. Let us learn more about the match in detail below.

Chelsea played brilliantly to come back from a 1-0 deficit to win 2-1. The game did not begin in Chelsea’s favor.

Lille managed to get a penalty in the early minutes of the match. Yilmaz nailed the kick to provide Lille with the lead. The midfield trio of Kovacic, Jorginho, and Kante found it difficult to function.

Fortunately for the blues, things started getting better for them gradually. The Blues found their rhythm back as the game progressed. They played quick passes and controlled the ball more conveniently.

Christian Pulisic Azpiliquetta scored in the 48th and 71st minute to see the Blues through. the blues won 4-1 on aggregate after the two legs. 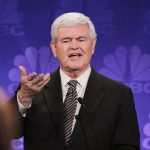 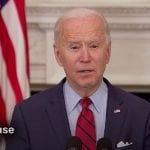 Kevin McCarthy Urges The President To Express Regret For Attacking Trump And His Fascist...

On Wednesday, President Joe Biden unveiled his eagerly anticipated plan to carry out his election-year promise to forgive $10,000 in student loan debt for...