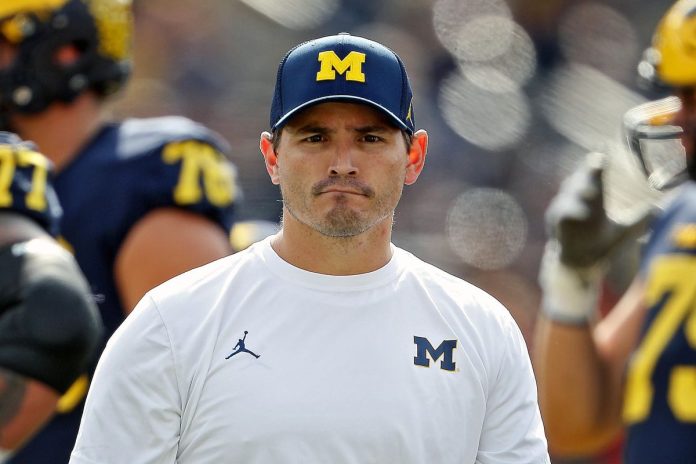 Mike Macdonald Has A Stellar Record

Macdonald, 34, will return to the team he worked for from 2014 to 2016 under John Harbaugh’s leadership. He started as an intern in the NFL before rising through the ranks to the defensive assistant, defensive backs coach, and linebackers coach.

Following the 2020 season, Ravens head coach John Harbaugh recommended Macdonald to his brother, Jim Harbaugh, as a possible defensive coordinator candidate in Ann Arbor. Macdonald had never called a play at any level, but he was described as a possible coordinator-in-waiting in Baltimore, where Don “Wink” Martindale served as the head coach from 2018 to 2021.

Martindale was sacked last week, which came as a shock.

Jim Harbaugh was pleased by Macdonald’s attention to detail, teaching ability, and game understanding at such a young age. He pledged to bring an NFL-style aggressive defense to Ann Arbor, with a 3-4 base scheme and several coverages.

Macdonald’s stock rose in tandem with his finest players’ selection position. Michigan was ranked eighth in scoring defense, 20th in total defense, and 25th in opponent third-down conversions at the end of the season. In addition to his $1 million base salary, Mike Macdonald’s performance earned him $100,000 for finishing among the top two scoring defenses in the Big Ten, $100,000 for finishing the regular season as a top-10 scoring defense in the country, and $50,000 for each of Michigan’s regular-season victories, including and exceeding the ninth win.

Without Mike Macdonald, Steve Clinkscale, the defensive passing game coordinator, is one of the coaches who could be given more responsibilities under Harbaugh.

Gervonta Davis Scores Epic TKO In The 11th Against Barrios