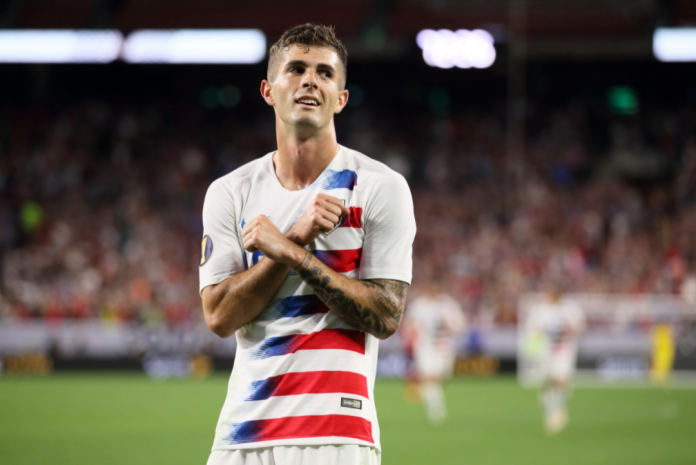 The USMNT will be playing without Christian Pulisic against El Salvator, in their WC qualifier.

Zack Steffen will also miss the game, as stated by the manager Gregg Berhalter.

Gregg will have the services of Matt Turner in between the sticks as they play their qualifiers on Thursday.

The Reason For Leaving Christian Pulisic Behind

Christian Pulisic tested positive for a test and will remain in Nashville to train. He will have to stay in quarantine for 10 days. Berhalter did not comment on his availability against Canada. The arrival of the players was staggered and the team did not get enough time to train.

Berhalter stated that he did not get to assess Pulisic in a proper manner and check his fitness levels. They will be working with him later to see where he stands and the reports will be thoroughly checked.

Steffen suffered from back spasms and the team decided to leave him in Nashville till he healed. The manager chose to start Turner who is rising rapidly in the goalkeeping ranks. The manager has complete trust in his backup goalkeeper and feels that his abilities are on-point. Turner received his first cap in January and followed that up with a brilliant performance in the Gold cup.

The training for the USMNT felt different as the coach did not have the same goalkeeping coach. He wants to keep a next-man-up mentality throughout and feels that they should be ready no matter the conditions.

Christian Pulisic is the first American who played in the European Champions League final, when Chelsea reached it, the previous season. He also helped Chelsea win the coveted UCL title last season.

Afghanistan Has Turned Into A Hotbed Of Conflict

Temperatures soared in England on Saturday and no one was feeling the heat more than Manchester United's latest manager, Erik ten Hag. On another humiliating...

The sixth anniversary of Pep Guardiola’s Manchester City reign ended in a familiar way to so many before it, with his side brutally sweeping...

Barcelona was held 0-0 by Rayo Vallecano in their opening game of the La Liga season and had captain Sergio Busquets sent off late...

Tiffani Thiessen showed off her enviable body on Instagram this week, proving that she has hardly aged from her "Saved By The Bell" days.  The...

Millie Bobby Brown is reflecting back on her "unhealthy" relationship with TikToker Hunter Ecimovic. The "Stranger Things" star's romance with Hunter became public knowledge after...