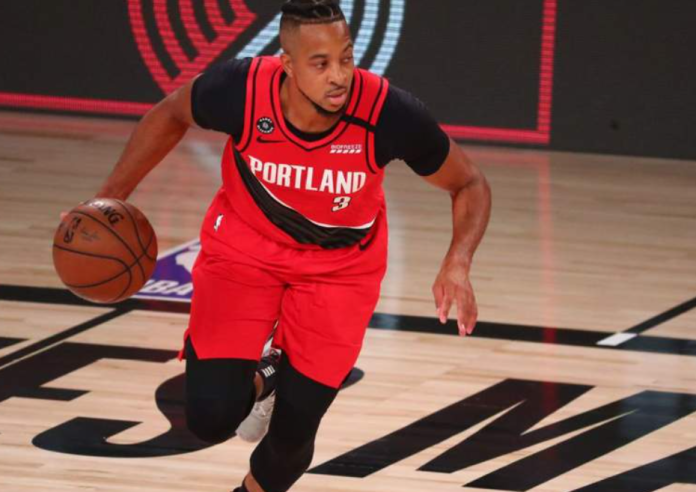 An era ended as CJ McCollum parted ways with the Portland Trail Blazers. The latter struck a deal to trade their veteran guard to the New Orleans Pelicans in exchange for Josh Hart, Didi Louzada, Nickeil Alexander-Walker, Tomas Satoransky, along with a couple of 2nd-round picks to New Orleans.

There is further a 2022 protected pick in the first round and two more picks in the second round. The deal is yet to be announced by both teams. The Pelicans also get Tony Snell and Larry Nance in the trade.

CJ McCollum was drafted 10th in the 2013 draft out of Lehigh. He spent his entire career with Portland and teamed up with Damian Lillard to form one of the best backcourts in the NBA. The Trail Blazers made it to the playoffs for 8 consecutive seasons and reached the WC Finals in 2019.

But the Trail Blazers never enjoyed post-season glory despite success in their regular season. The team made it to the NBA Conference finals just once and had five 1st-round exits.

Rumors of breaking up the partnership surfaced in the past few seasons, and it finally happened this season.

Lilliard said of CJ McCollum that they would be remembered for the trouble they caused to the opposition. They never won any championship as a pair or were in the final stage, but they were a winning combination, always a playoffs team.

Lillard said that he and CJ McCollum were always part of a team that other teams preferred to avoid. He said it was similar to the Dame and CJ combination. They were around 8 to 9 years.

CJ McCollum is scoring 20.5 points on average, plus 4.3 rebounds, and 4.5 assists. He thus comes in as a reliable option in the backcourt capable of hitting from a long range.

The Pelicans have long struggled with their long-range accuracy and have shot merely 32.9% from the deep as a team. That places them at 26th in the league.

Even since he emerged as a reliable starter, CJ McCollum has remained among the NBA’s top marksmen. He has 165 3-points in the last 6 seasons and has averaged over 3 makes from the deep in this season with 38.4%. CJ McCollum is 7th in the 3-pointers he made in the league since his 2016-2016 campaign.

Stocks: ‘I don’t see a huge downside in the market at this point’: Spouting...

Stimulus Check Update- Claim Your Payment Before It Gets Too Late!