Costco Wholesale is bringing new hopes to the minimum wage scenario in the nation currently. The company recently announced that they are going to boost the minimum wage of employers to $16 per hour from next week. W. Craig Jelinek, CEO mentioned that this provision will accelerate their growth and take them ahead of other retail companies in the market.

The company has always been ahead of its competitors when basic pay is concerned. In 2019, Costco raised its minimum wage to $15 an hour. Jelinek also stated that about 50% of Costco employees get a basic wage of $25 an hour. The company brought up these points during a Senate hearing on remuneration at multinational retail and fast-food outlets. Currently, Costco is the source of employment of approximately 180,000 workers in the States.

While presenting his company’s pay statistics to the Senate Budget Committee, CEO Jelinek clarified that this is not “altruism”. He further explained that paying good wages to employees makes sense for their company. It provides a competitive advantage to them in the market. It is also helpful in the long run as it minimizes turnovers and maximizes the productivity of employees.

Costco’s announcement comes alongside Congress’s campaign to increase the minimum wage to $15 per hour. The campaign has been pledged by President Joe Biden and is up for a Senate hearing recently. The federal basic pay has been stuck at $7.25 since 2009. This has been surpassed by several states such as Florida who already pay about $15 per hour. Congress is now making preparations to increase the basic pay to $15 gradually by the end of 2025.

The provision is deemed urgent after months of the Covid-19 lockdown. It will also be helpful for small businesses. Till now, several large corporations, like Costco, have spoken out in favor of raising the federal minimum wage.

Drew Barrymore says she’s cried ‘every day, all day long’ since having to homeschool...

Are You Looking For Active Stock? HEXO Corp. (HEXO)

Progenity, (PROG) disclosed a change of -6.24% and its listed share value at $4.59 in the recent trade transaction. This company... 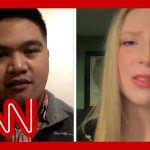 ‘It was zooming’: Witnesses describe SUV plowing through crowd

Two witnesses, Angelito Tenorito and Kaylee Staral, who attended a Christmas parade in Waukesha, Wisconsin, describe the aftermath when a red SUV drove through...

VOLATILITY ANALYSIS: Volatility remained at 2.14% over last week and shows 1.93% volatility in last month. Market risk that established with...