Home Sports Cristian Pulisic Says He Is Up For The Netherlands Challenge Despite His... 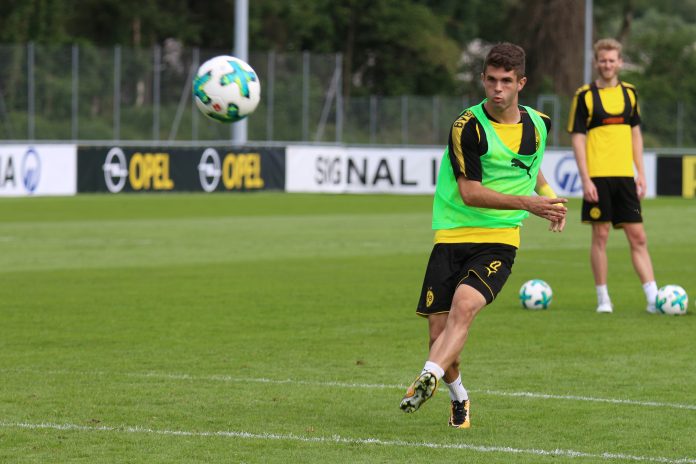 Cristian Pulisic, assured his teammates of the USMNT, as well as the worried fans that he is ready to face the challenge Netherlands will throw their way.

USMNT fans were happy after their qualification till they found out Netherlands, one of the heavyweights of World Football will be their competition this year. Also, they have seen Cristian Pulisic wasn’t in his best and got injured during the game that added more to their misery.

However, the Chelsea winger does not seemed worried at all. In his social media post after the game that he is going to be prepared for the Saturday game. His teammate, Weston McKennie said that he sent a text to check on Pulisic and he simply replied with the same thing.

Cristian Pulisic was involved in the game of USMNT against Iran in a group B decider match where the boys have showed an amazing display as they won to qualify for the next round of the games.

Cristian Pulisic Assured Fans That He Will Be Back For Sunday’s Game Against The Netherlands:

Pulisic in the match was caught up in a rough collision with the Iranian Keeper just before the half time, and the coach signaled that he don’t want to make subs, so Pulisic has to continue till the half time whistle.

Pulisic was replaced by Brenden Aaronson at ht because, according to US Soccer, he was transported to the medical facility and given a “day to day” pelvis contusion diagnosis.

After the game, US manager Gregg Berhalter commended Pulisic for his perseverance and resilience and revealed that both the team and the gaffer had a brief video conference with Pulisic inside the locker room.

How Many Credit Cards Should I Have