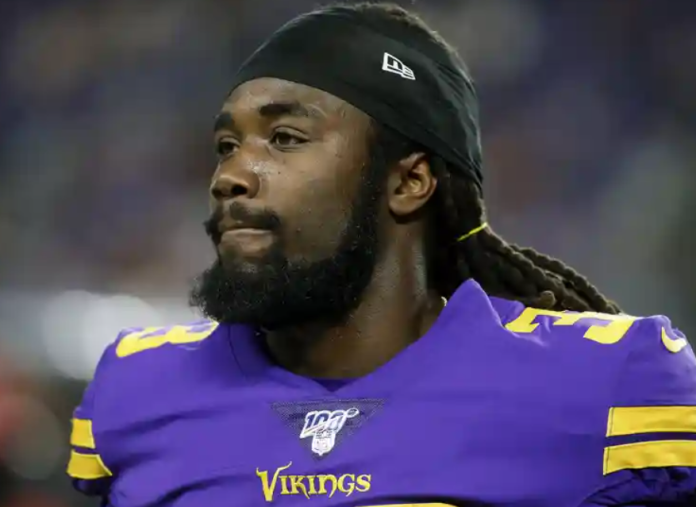 Dalvin Cook, star football running back of the Minnesota Vikings was accused by an ex-girlfriend of causing a brain injury during an argument last year at the player’s home. A lawsuit was filed on Tuesday at the District Court in Dakota with charges of battery, assault, and wrongful confinement.

Dave Valentini, Dalvin Cook’s attorney, has instead alleged that Dalvin was instead roughed up by the lady who entered his home and later attempted to extort millions from the star.

The Minnesota Vikings also gave a statement confirming that they recently received notification from the legal representative of Dalvin Cook. It is regarding the situation that is alleged to have transpired between Dalvin Cook and an acquaintance back in November last year.

Dalvin Cook And The Woman Have Book Levelled Charges Of Assault

It revealed that it had led to a continuing dispute between both parties. The Vikings said that they have informed the NFL of the incident involving Dalvin Cook. They said they are upholding further comments on the incident and were in the course of gathering further information.

The woman who filed the charges against Dalvin has been identified as US Army Sergeant Gracelyn Trimble. She alleged in the lawsuit that she had flown to meet Dalvin in Minnesota to finalize the break-up and pick up her belongings when the alleged incidents of violence took place.

She returned after the incident to Florida and sought medical treatment for her injuries. She reported to medical personnel that she had been involved in a motor accident.

She accused Cook of causing a concussion and a scar.

Dalvin has countered her argument and said the woman had forced herself into his home with a garage opener and used Mace on him, and assaulted him and his guest. He alleged that the woman confined him for hours at gunpoint.

Dalvin Cook’s attorney alleged that the woman had been trying to extort from the player ever since.

Schumer Says Georgia Senate Going Downhill Though The Pennsylvania Debate Did Not Hurt Them...

Why do vaccinated people need to mask? See Gupta’s answer