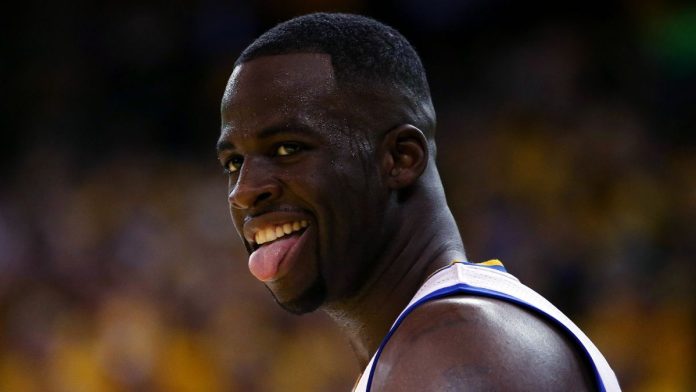 In the NBA Finals, the Boston Celtics were pursuing history, as a win would have given them sole ownership of the most championships in NBA history. At 17 points apiece, they are knotted with the Los Angeles Lakers.

With the club leading 2-1 in the series, fans in attendance were given shirts with the slogan “It is all about 18” and a graphic of 18 banners, the final of which was blank, prior to Game 4. That clearly backfired, as the Warriors went on to win the series in three consecutive games. Draymond Green was not forgotten either.

In the ultimate troll move, Green was spotted wearing the same shirt on Friday.

Draymond Green filled up the blank banner with “Warriors” where “Boston Celtics” should have been with a black marker. He also scrawled “NOPE!!” where the banner would have stated “2022 World Champions.” “Perhaps in the year 23.”

It is also not his first time dressing up as a troll. Draymond Green claimed that he dressed all black to the stadium for Game 6 because he was preparing “for a funeral.” The Warriors have definitely paid heed to every criticism leveled against them over the last two years, and they are making the most of this opportunity, and it is difficult to blame them.

But fear not Celtics fans: there is still a chance to see the coveted 2022 World Champions banner. It is on a young admirer who got it tattooed and has stated that he would not remove it. The Golden State Warriors celebrated till the early hours of the morning after winning their fourth NBA title in eight years in Boston, which is not recognized for being one of America’s top party towns.

Jayson Tatum Making A Compelling Case To Snap Up The MVP In Celtics’ Bucks...