Despite electrifying performances and some perfect scores, the tears were meant to flow as celebrity dancers went out with the double elimination in the semi-finals of DWTS.

Amanda Kloots and JoJo Siwa dedicated their dances to their departed loved ones at the DWTS semis. While Amanda Kloots was teary-eyed after performing to Nick Cordero, her late husband’s Live Your Life, Siwa let the tears flow as she dedicated her dance to her departed grandfather.

Iman Shumpert made history, becoming the first NBA star to make it to the final round of DWTS. Only 4 dancers advanced after Monday to the last round, and it was a high-stake round as all competitors tried to get the maximum viewer votes to compete in the finals.

18-year-old Siwa did some plain speaking as she said that a spot in the DWTS final meant more to her than anything she had ever wanted in her life. ‘One more week’ as she put it.

While the YouTube personality moved to the final, Olympic gold medalist, Suni Lee and Melora Hardin, star of The Office, made a shocking exit from DWTS.

Jojo Siwa Enthralls With Her Contemporary Dance Number At DWTS

JoJo enthralled at the two dances which included an Argentine tango with Jenna Johnson, her partner. But the tearjerker was the second dance, a contemporary number she dedicated to her grandfather.

JoJo was also in tears during the rehearsal video as her grandmother provided her emotional support. JoJo is heard saying that she would make her grandfather proud.

His flawless and passionate performance at the semifinal left the audience teary-eyed as she danced to Before Your Go by Lewis Capaldi. Derek Hough said it was the greatest contemporary show on the DWTS platform. Bruno Tonioli said that he was in dance heaven watching the two angels dance. With a perfect score of 80/80, JoJo was first among the stars to be assured of a place in the finals.

Jeff Garlin Out Of The Goldbergs For Unacceptable Behavior On Set 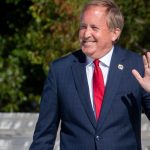 Ken Paxton the Texan AG escaped from his home and jumped into a truck his wife, a senator in Texas, was driving to avoid...

Blue Apron Holdings, (APRN) disclosed a change of 12.08% and its listed share value at $5.01 in the recent trade transaction....

You Need to See this stock? JetBlue Airways Corporation (JBLU)

VOLATILITY ANALYSIS: Volatility remained at 2.64% over last week and shows 2.63% volatility in last month. Market risk that established with...