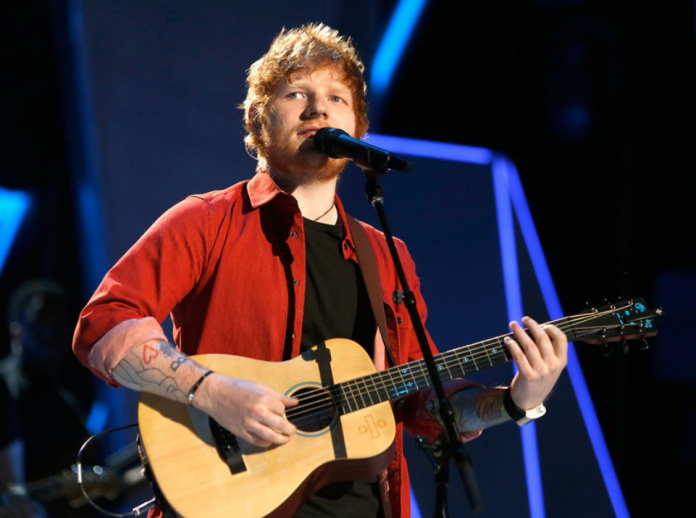 The NFL board feels Ed Sheeran would be the right artist to perform at NFL Kickoff on Thursday night. Fans feel otherwise.

The Grammy winner singer/songwriter will perform in Tampa at 7 p.m ET right before the first game of the season begins Buccaneers and Cowboys. This will be the league’s 20th season of having a Thursday night kickoff event.

Fans are puzzled why a singer known for his love ballads will be pumping up an excited football crowd. The two simply do not seem to mix. Since this is the first season where fans return since the pandemic struck. Football fans were hoping for an artist who could excite them with energetic songs. Even though Sheeran has come out with more upbeat songs in recent years the songs do not fit the typical rock, pop, or country music that is usually associated with football games.

The fact that Ed Sheeran is British made fans even more confused. The last British singer to perform at the NFL Kickoff was Ellie Goulding in 2015. It is a well-known fact the Sheeran is a football fan, as in soccer. He supports his hometown team of Ipswich Town.

Ed Sheeran revealed that he does not think that his performing at the Kickoff is weird. He explained in an interview that when he moved to America he became an NFL fan by chance back in 2013.

He narrated that when he shifted to Nashville, America in 2013 he went to Walmart to buy some pajamas with a symbol he did not recognize. He later found out that it was the Tennessee Titans, and he has been a Titans fan ever since.

For an energy filled event that started its performances with Bon Jovi (2002) and Aerosmith (2003), fans do not know what to expect for Thursday night’s performance.

Anthony Davis Claims He Is Enjoying The Play-In Fight

Why Make Moissanite Rings a Part of Your Style Statement?