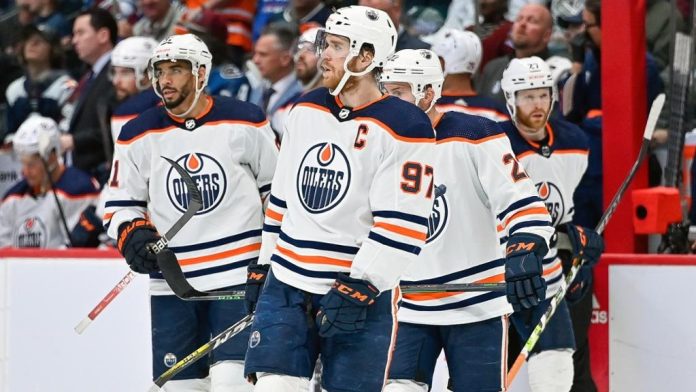 Edmonton Oilers are one of the well-known teams. They have had a lot of success in the past. The team faced off against the Colorado Avalanche in the first game of the finals of the Western Conference. Unfortunately, things did not go according to how the Oilers had planned. The Oilers were being held as favorites to win the game. However, the team from Colorado proved to be a staunch opposition.

They played brilliantly and never let the Oilers settle throughout the game. The swift movements of the Avalanche players made it very confusing for the Oilers to settle down. As a result, they could not get into their groove in the match. Cale Makar and J.T Compher were the star performers for the Colorado team. Compher scored a brace while Makar scored one followed by a couple of assists.

Such fine display enabled the Avalanche to peg back the Edmonton Oilers. The first game ended with the score reading 8-6 in favor of Colorado. The game was played at a high speed right from the beginning. Colorado touched the record of scoring the most number of goals in a playoff match. Let us learn more about the game in detail below.

Edmonton Oilers suffered a shock defeat against the Colorado Avalanche recently. Even though the Oilers lost the match, the crowd got their money’s worth. It was one of the most exciting matches of recent times. The game had end-to-end action and one could not tell who would win till the last minute.

The record eight goals did not look convincing as the Edmonton Oilers kept on coming back to level the score. It was only after Gabriel Landeskog scored to an empty net, that the win looked definite for the Colorado side. Gabriel scored with just 21.4 seconds remaining on the clock.