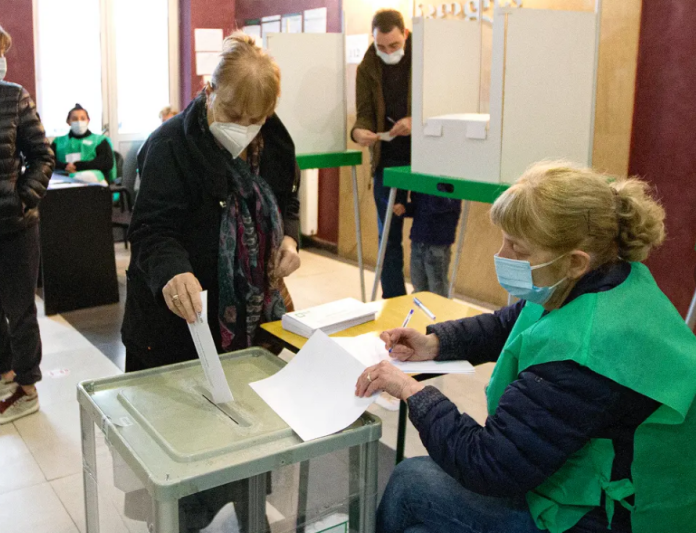 Citizens spilled onto the streets in protest against the Georgia Elections results that give the ruling Georgia Elections Dream Party a total sweep of the results. The ruling party cornered an incredible nineteen out of the twenty municipal elections declared through runoff voting.

The ruling party victory included the mayoral office wins in 5 of the country’s largest cities of Tbilisi, Rustavi, Kutaisi, Poti, and Batumi.

The ruling candidates’ dream run led to the allegation of fraud by the opposition. The main opposition, the United National Movement (UNM), headed by Nika Melia alleged that the victory of their party was taken away by the party in power. He said that it was as if it never happened.

Election observers from the European Organization for Security and Cooperation said that there were some procedural concerns, though the Georgia elections voting plus counting process appeared to be in order. They said that the overall assessment was positive except for some issues during the counting process.

The OSCE observed instances of representatives of observer organizations donning the role of supporters of the ruling party and interfering with the voting and counting process. They expressed concern at the presence of groups of ruling supporters intimidating ad influencing voters at polling stations.

Melia assured the opposition supporters thronging the main avenue of the capital that leaders from the opposition would move to various cities to drum up support to converge on Tbilisi in a massive show of support.

The runoff polls were necessary after no candidates won the absolute majority in cities at the 1st round of municipal elections held nationwide on October 2.

Mikheil Saakashvili, the former president for 2 consecutive terms, was arrested before the elections on October 1. He founded the UNM.

Saakashvili left the country in 2013 and was convicted for abuse of power, earning him a 6-year sentence. He was arrested a day after his return from Ukraine. He resorted to a hunger strike in protest.