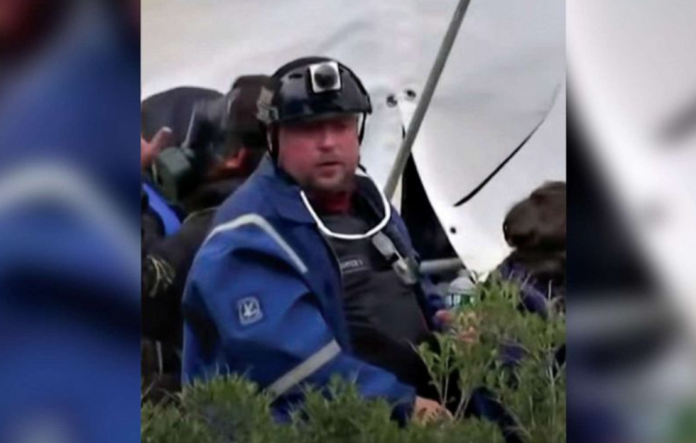 The first January 6, 2021, Capitol riots case concluded with a unanimous guilty verdict against rioter Guy Reffitt on every count. It is seen as a major triumph for prosecutors handling one of the most momentous and the largest investigations in American history.

Guy Reffitt is a manager in the petroleum industry and a right-wing extremist belonging to the Texas 3 percenters movement.

He was not recorded breaking into the Capitol or assaulting law enforcement officers. But jurors unanimously agreed with prosecution allegations that Guy Reffitt confronted officers outside a crucial chokepoint in the Capitol building and thus helped other rioters overrun the building. This helped in halting the validation of Joe Biden’s victory in the presidential elections.

Guy Reffitt Was Heavily Armed During The Capitol Confrontation

The jurors also concluded Guy Reffitt also possessed a semiautomatic handgun which he intended to use during the riots. He also threatened his children to not expose him. He stands convicted of charges that could send him to prison for 20 years.

Reffitt transformed the mob into an overwhelming force that overcome officers as they made a final stand to defend the wing doors of the Senate. The rioters forced Mike Pence to flee along with other lawmakers even as electoral boxes were removed to safety.

Guy Reffitt said in a recorded conversation that he intended to overthrow what he claimed was a constitutionally corrupt government.

He led the mob through the assault and used his megaphone to incite the mob behind him. He later claimed in a conversation with his extremist group that the police succeeded in stopping him but fired up the mob.