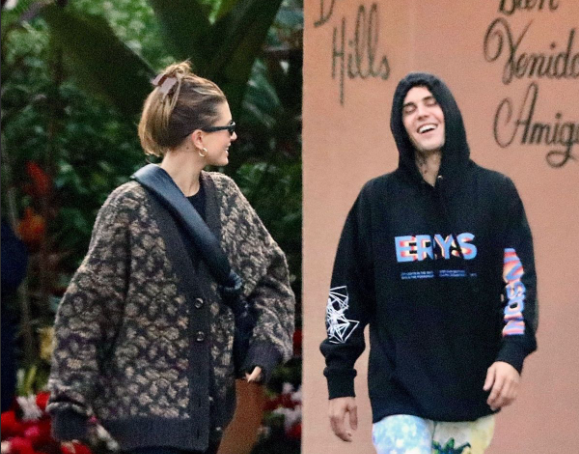 Hailey Bieber might be 24 years of age but she has seen it all.

She recently opened up about her faith in Christianity, juggling the good and bad of being in the public eye with husband Justin Bieber and how dealing with her own father’s addiction helped her navigate Justin’s own recovery.

She stated that there was a lot of addiction that was running in the family as was not her father only. There were a lot of people on that side of his family who struggled with a lot of different things. Her dad was really open about his addiction and she always appreciated that. He was open about why being sober worked for him and why everyone needed to be sober. Hailey Bieber knows what alcoholic behavior looks like and why such things come out.

Hailey acknowledged that she never struggled with any substance which was because of the fact that she was so aware of it due to her dad. He had a big issue with cocaine and she promised to never try it as she was scared it might lead to something else.

That experience, she said, helped her navigate Justin’s journey toward sobriety.

Justin and Hailey Bieber had a lot of talking before working on a lot of stuff when they got married. She had dark spaces in the past related to drug use and going back there was extremely difficult. Having “open dialogue” about it has been enormously beneficial, she pointed out.

Since the couple married in 2018, later throwing a ceremony in 2019, their personal lives have been an easy target for the media. Bieber credits her “Christian faith” for helping her find “empathy” for social media trolls.

Jody Hice, The Republican Representative, Sticks To His Claims