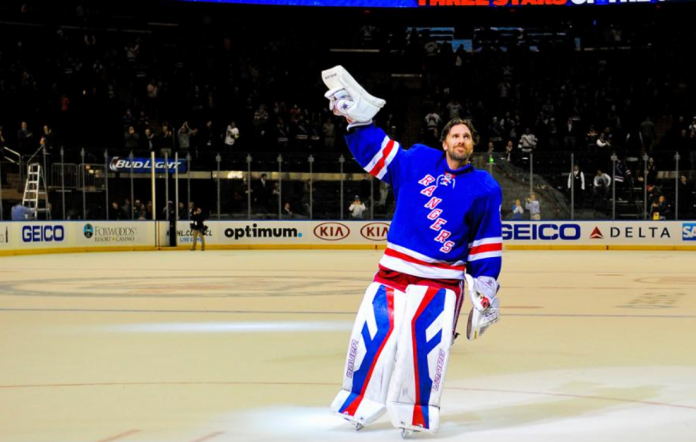 Henrik Lundqvist has said his goodbyes and needs another heart procedure. He is currently ending a beautiful NHL career that lasted for 15 years.

Henrik Lundqvist stated that he had dedicated the last thirty years of his life to hockey and was walking away from everything to look for a new challenge. He is quite excited about the future and grateful to everyone he had met on the way. He is thankful to the people who guided and inspired him to start the new chapter of his life.

Henrik Lundqvist is 39 years old now and was the face of the New York Rangers. He was considered to be the most popular athlete in New York. The hockey team has made an announcement that they will retire Jersey 30 in memory of Henrik. A ceremony was held in his honor when the 2021-22 season was on.

The Rangers had offered him their wishes and gratitude when they heard about his plan to retire. It was stated that Lundqvist was committed to excellence and was one of the best hockey players ever. It was quite fortunate that New York had witnessed a goaltender as great as Henrik Lundqvist, for 15 years.

Henrik was a 5-time All-Star and had won the Vezina Trophy. He had undergone am open-heart surgery in January, after joining the Washington Capitals in 2020. He had never played for the team from Washington.

He was planning to play in the 21-22 season but was suffering from chest pains during workouts. He hoped to reach his full potential but heart inflammation takes time to heal, almost a year before he can be at his best. The risks are too much for Henrik Lundqvist and that he why he came to such a conclusion.

Henrik Lundqvist has spoken to the Goteborgs-Posten about another heart operation and hopes for the best in his future. He ends his career with 459-310-96 from 887 games. He holds a save percentage of .918 and 64 shutouts to his name.

US Border Policy Termed Inhumane And Illegal By Outgoing Official

Bulls Will Fight To Defend Bitcoin Price At $42K

New Stimulus Checks For Many States

Martinsville Cup: Anger And Frustrations Flare After The Playoff Race