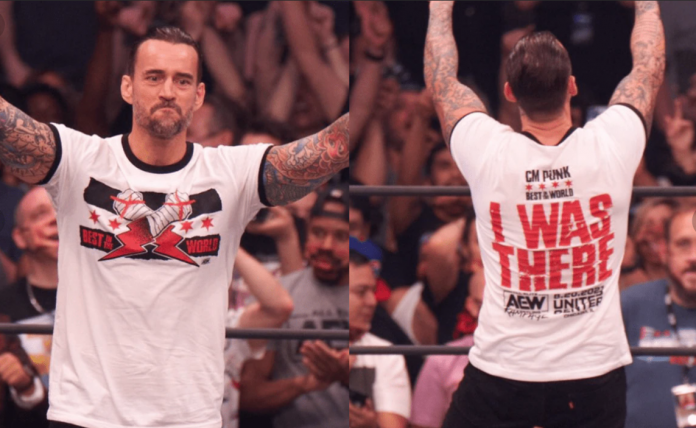 CM Punk had made his comeback in the wrestling profession, but not in the WWE.

He has announced his return to wrestling on Friday while appearing on a show called “Rampage”. He spoke about his appearance in All Elite Wrestling and has signed with them currently.

Punk stated that he had fallen out of love with wrestling but has found his old spark right now and is really happy to join AEW. Punk is expected to fight Darby Allin, in his debut wrestling match on the 5th of September, in the city of Chicago.

Punk, whose name is Phil Brooks, was not announced by AEW but it was teased. The organization booked the United Center to make its largest live attendance ever.

The entrance music, “Cult of Personality” was played on large speakers and the people rose to their feet to welcome CM Punk. It can easily be set as the loudest reaction ever in professional wrestling.

The Debut Match For CM Punk

CM Punk entered the arena and hugged everyone and even dived into the fans.

He addressed the crowd for a few minutes, which started the match against Allin. It was a joyful moment for Punk to go back to his lovely profession.

CM Punk is 42 now and had been talking to Tony Khan for more than a year. Tony is the son of the owner of Jacksonville Jaguars.

He was expected to return to the profession earlier but was delayed due to the pandemic. Punk did not discuss anything about his contract but has made sure that it is long-term and he was going to be there for the fans.

Irving Of The Brooklyn Nets Will Finally Play This Season

Nolan Arenado To Move Towards Cardinals From Rockies