Jada Pinkett Smith Breaks The Internet With Her New Look!

Alongside the selfie, Pinkett Smith wrote that it was time for her to let go of her hair. She hopes that her fifties get divinely lit and turn out to be amazing with this new shaved style. At 20 years old, Willow showed her support towards her mom’s new shaved style with her Instagram post. Alongside the post, she also posted a very sweet caption!

Jada Pinkett Smith has previously talked about her battles and struggles with the abundant loss of hair. She also revealed having a disease called alopecia on an episode of Table Talk in 2018. She talked about how terrified she was when she first knew that she was suffering from this disease. She remembered shaking with dismay and fear at the amount of hair that she was losing regularly.

The star of Girls Trip recalled that taking appropriate care and keeping her hair nourished has been a very beautiful ritual for her. She also used to experiment a lot with different hairstyles and looks. At one point, Jada Pinkett Smith also used to wear a turban. The latest look of Pinkett Smith received a lot of support and love from her followers across all social sites. Most of the fans called her a divine creature! Famous friends of Jada Pinkett Smith like Gabrielle Union, Rumer Willis, and Mindy Kaling gave her a lot of love and support on social sites!

Merrick Garland To Be The US Attorney General

Markwayne Mullin Is Safe And Heading For The States 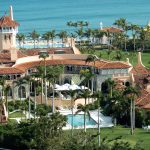