French giants Paris Saint-Germain have formally offered Lionel Messi a contract for 2 years. The deal will initially be for 2 years. Rumors believe that the deal has a value of £25Mn after tax has been deducted. Presently, the contract is being carefully reviewed and considered by the footballer.

What Lies Next For Lionel Messi After Exiting Barcelona

It is reported that there are two more options potentially open for Lionel Messi after he left Barcelona. However, PSG is the favorite to sign him.

Barcelona announces that Messi will not be continuing at the Spanish club after being unable to complete his new contract. The contract was already agreed upon by the player. But structural and financial obstacles prevented them from completing it.

The Argentine captain has directly talked with Mauricio Pochettino, the head coach of PSG, already about relocating to the capital of France. When asked whether the next move is PSG, at the news conference for his farewell, on Sunday, Lionel Messi said that it is among the possibilities. He wants to climb those heights.

However, he also said that nothing has been confirmed yet with anyone. He did admit to getting many calls from many clubs who are interested in him. But till Sunday, nothing was closed. Although talks are on regarding several things.

PSG quickly became the favorite to be Lionel Messi’s destination. The move would see him reunite with Neymar, his former teammate at Barcelona. At Sunday’s news conference, he said that he had no intention of leaving Barcelona.

Messi’s career at Barcelona lasted 21 years. Tears streamed down his face as the audience gave him a final ovation, as he talked for the final time at Barcelona. He explained that he would have taken only half of his wages if it meant he could stay on with the club.

Tom Wilson Not Disciplined Enough By The League: NY Rangers 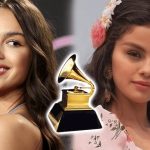 The nominations for the Grammy Awards are FINALLY here and while Ariana Grande, Taylor Swift, and Billie Eilish are among those nominated, there’s also...

Dune had been a much-anticipated release. The film was hyped up significantly and did not disappoint. After its release, fans from all over the... 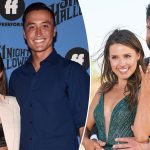 John Hersey has shown full support to Katie Thurston. He has denied all the claims surrounding both of them. Hersey is a popular face... 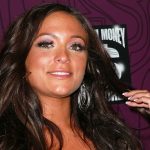 Sammi Giancola is one of the famous faces in American entertainment. She has a unique flair that makes her stand apart. She has appeared... 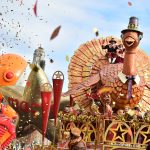 Thanksgiving Day Parade has now become a tradition in the United States. People go out in large numbers to witness the parade live. However,...