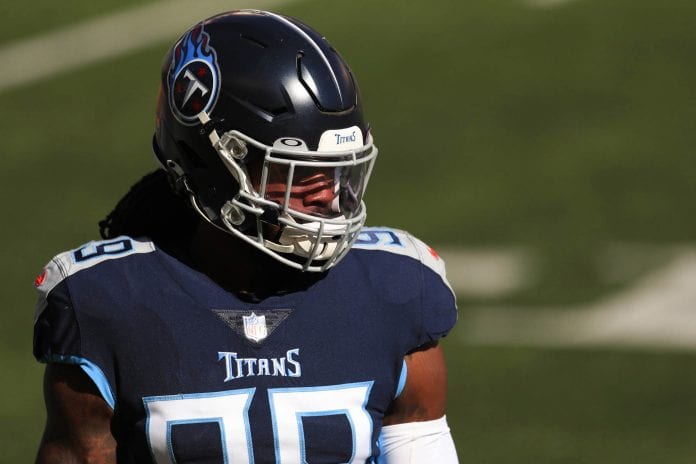 It is a lucrative one-year contract for the pass-rusher. Free Agent Jadeveon Clowney has put his signature on a $10 million contract with the Browns. He will have a great opportunity to play opposite Myles Garrett, the former No.1, at Cleveland.

He is excited at the prospect of playing with a dominant player like Myles Garrett on the opposite side.

He had visited the Cleveland Browns but had not struck up a deal the last time. Andrew Berry, the Manager at the Browns, was eager to sign the 28-year-old on to team up with Myles. But the thrice pro-bowler was not interested in a multi-year contract and had then signed up a single-year contract with the Titans worth $13 million.

A Forgettable Year With Tennessee For Jadeveon Clowney

The previous season with Tennessee has not been good for Jadeveon Clowney. He had 0 sacks and just19 tackles in 8 games and was out with an injury at the end of the season in November. After a successful surgery last December, Jadeveon Clowney expects to be back in full flow at the beginning of the current season.

Clowney had done great in the past 3 seasons, ranking just behind Garrett with a 25% pass rush win rate.

Getting Jadeveon Clowney on the defensive line has been good for the team feels Cleveland Browns coach Kevin Stefanski. His disruptive abilities will help the team against the run and pass. The team is complete in the defensive department and they now need to get down to work.

Berry said that the team loves Jadeveon Clowney’s relentless way of playing. It is his disruptive abilities along with his versatility that has made him stand out. He can play in any position in a defensive front. This makes him invaluable to teams needing scheme versatility.

Jadeveon Clowney has an imposing 255 tackles, 86 hits as a quarterback, and 32 sacks all in the span of seven seasons. He also had to deal with injuries in the elbow, groin, neck, knee, and lisfranc injuries.

Is Another $1400 Stimulus Check Possible Due To Russia-Ukraine War?

Liz Cheney hits back at Trump: 2020 election was not stolen

Why parents say they worry about critical race theory

Action-packed Turnaround For Angels’ Shohei Ohtani Against The Rangers