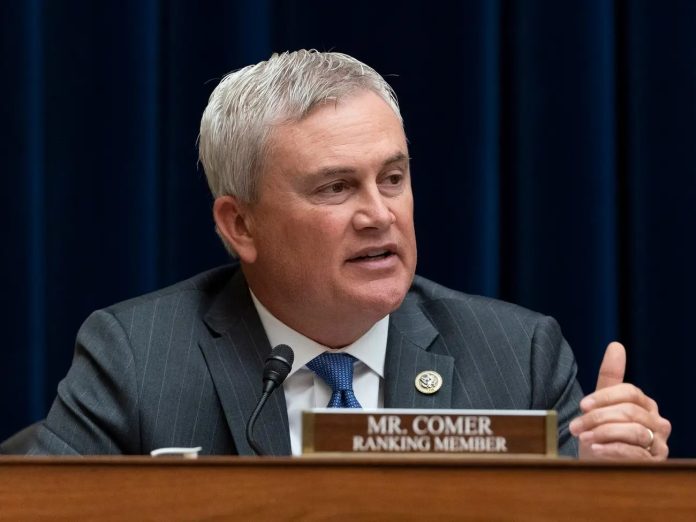 House Republican James Comer has accused the Treasury Dept. of interfering by the White House to scuttle an investigation into the finances of President Biden’s son, Hunter Biden.

Representative James Comer is the  House Committee on Oversight ranking member and has cited a phone call on June 13. Officials of the Treasury Dept. informed Republicans in the Committee that they would not provide any Suspicious Activity Report (SAR) to Republican members of the Committee unless their request was backed by Democratic members.

James Comer wrote to Janet Yellen, the Secretary of the Treasury, alleging that the Treasury was refusing his request to release SARs to Republican members of the Committee unless the request was backed by the Democrat members.

The House member first requested SARs on May 26 and had posted a June 8 deadline. James Comer had alleged that the documents were still being held back by the officials at the Treasury Dept.

Such SARs are filed by various financial institutions when large cash transfers and transactions are made by clients that give rise to suspicion of criminal activity. They could range from money laundering and tax evasion to terrorist activity. But most transactions turn out to be perfectly in order.

But James Comer said that the Treasury was trying to cover up for the Biden family and hinted at the possibility of them suppressing information about whether the President benefitted from the business transactions that his family indulged in.

James Comer and other Republican members of Congress have evinced interest in the financial records. It indicates the focus of an investigation that the Republicans would follow if they made significant gains in the midterms and gained control of Congress.

All New DACA Applications Marked As ‘Pending’ As Trump Administration Seeks To End The...

‘Hard Knocks’ On Dallas Cowboys and CeeDee Lamb’s Catches, And Other Dynamic Highlights