Joe Biden, the President-elect, has received his very first dose of COVID-19 vaccine made by Pfizer in collaboration with BioNTech. He was vaccinated on live television on the afternoon of Monday and has reassured Americans about the safety of the vaccine.

The transition team of Biden has reported that Biden got his first shot on his left arm. The shot was administered in the Christiana Hospital of ChristianCare situated in Newark, Delaware. It was given by Tabe Mase, a practicing nurse and head employee to health services in the hospital.

Joe Biden Gets His First Shot

Joe Biden thanked the development team and the distribution team of the vaccine along with the front-line workers in the health care department.

He has also given some credit to the administration of Donald Trump for Operation Warp Speed that was a vaccine program by the federal government. He also mentioned their significant role in the process of making the coronavirus vaccine a possibility.

Joe Biden also mentioned that his wife, Jill Biden, had received her first shot the same day and laughingly said she loves taking shots while holding her hand.

Biden prompted that this vaccination is just the beginning of a long journey that awaits the Americans ahead. He requested the US citizens to adhere to health and safety measures and keep wearing masks while maintaining social distancing norms. He also cautioned people not to travel unnecessarily and overlook safety procedures during this holiday season.

Joe Biden was vaccinated after a week of rolling out the initial doses that were given to the health workers. Pfizer’s vaccine has shown a 95% efficacy in its third and last phase clinical trial. As a result, it received authorization for emergency use from the FDA.

Most of our vaccine will go to middle and low income countries: Novavax CEO 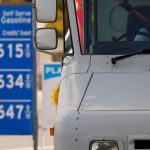