Fresh out of a meeting he had with Charles Schumer, the leader of the Senate Majority, and several other Democrats who were involved in the negotiations, Joe Manchin did not commit to going for any specific reforms in the rules. But he seemed open to subtle changes.

Asked about retaining the rules in its current form that require 60 votes to move through the Senate, Joe Manchin said that he felt the filibuster has to stay in place. But he seemed open to other shapes and form for it.

Manchin elaborated that he remained optimistic about Republican backing to modest changes in the rules. He hoped it would make it easier to get bills to move to the Senate floor for further debate.

A specific idea that Joe Manchin proposed supported dumping the 60-vote barrier that is in vogue at present to move on to a debate for legislation. Manchin has proposed the potential for scrapping any procedural roadblocks during talks on Sennatue rules with Republican senators.

Manchin feels that the Republicans will be okay with that rule change, noting that the GOP has been on that path before. But that would not change the power of the Republicans to make use of the filibuster and block senators from putting an end to limitless debate to block the passage of bills.

Manchin also noted that the committees need to have their power back. At present, a single senator can block voting and force the party leadership to waste floor time while overcoming the filibuster. Senators have mulled a more streamlined approach to bills that come out of committees with significant support to garner cross votes on the floor of the Senate.

But Joe Manchin was supportive of a supermajority requirement to put an end to debates. But he wants it changed from 60 votes currently required to break a filibuster to three-fifths of the senators present and voting.

Charles Schumer said that Manchin would prefer dealing with Republicans even though he realizes that the will not get any support from the GOP.

Meghan King Is Dating Again After Divorce From Cuffe Owens

Stimulus Check Update: Further Payments Could Be Made Due To Inflation 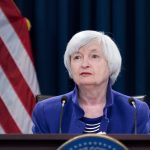