On Wednesday, John Means almost played a perfect game as part of the Baltimore Orioles. However, he had to settle with only a no-hitter as well as a pitching performance that will go down in the team’s history.

The Absolute Feat Of John Means

John Means had managed to retire every one of the 27 batters that faced him. As a result, the Orioles cruised to a comfortable 6-0 win against the Mariners in Seattle. Means only allowed a single base run to Sam Haggerty when he pitched wildly and the batter reached it. It would have been the third strike as well. However, the Orioles promptly caught Haggerty when he tried to steal a run to second base. Unfortunately, though, that single pitch keeps John Means from recording a perfect game.

Moreover, John Means is probably the only pitcher to have lost a chance for being perfect in such a wild pitch. Research reported that he might be the only pitcher who threw with no errors, not hitting any batter, allowing no walks, also not being hit by anyone, but not having a perfect game either.

On the other hand, Means is the only pitcher for the Orioles to have pitched a no-hitter individually since 1969’s Jim Palmer. This was the longest stretch among all Majors playing teams.

Means, later in his interview, said that he could not even express all that he felt at the moment. He felt OK through the game and did not have to change up until near the end. Moreover, missing out on the perfect game did not disappoint him.

He said that it did not really matter to him all too much. He talked about his recent struggles with curveballs and that he was happy to have pitched them fine. He had never previously pitched for over seven innings for one match.

Coronavirus Conference Gets Canceled Because of Coronavirus 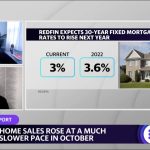 Real estate market is ‘in for a slowdown’ when mortgage rates start to rise,...

There should always be a culture of learning and improvement that is instilled in a business to ensure a productive work environment. Such an...

Bulls did not have a pleasant outing in their recent game. They suffered a loss at the hands of the Pacers. It was one...

John Lynch was an absolute legend. He is remembered in the NFL as one of the greatest athletes. He was very much keen on...