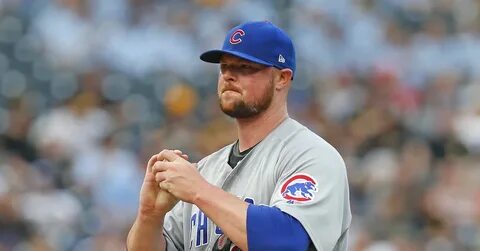 Jon Lester Was A Star

Boston selected Jon Lester in the second round of the amateur draft in 2002. The five-time All-Star made his major league debut in 2006 with the Red Sox, finishing 7-2 with a 4.76 ERA in 15 starts. Lester’s debut season in the majors was cut short as he was diagnosed with a rare form of lymphoma. Jon underwent treatment and returned to the majors in July 2007. Lester’s NVRQT charity was founded as a result of the experience and helps raise funds for cancer studies. NVRQT is short for Never Quit. In his retirement, he plans to continue working with the charity.

Jon Lester helped the Red Sox to the AL East title by going 4-0 with a 4.57 ERA in 12 games down the stretch, and Lester delivered in the postseason by pitching 5 2/3 scoreless innings in Boston’s victory over Colorado in Game Four of the World Series. Lester signed a $155 million, six-year contract with Chicago after the 2014 season.

Lester may consider TV work. Being a coach is not something he is interested in at the moment. Jon Lester said he will miss many elements of baseball but understands he lived up to the one promise he made to himself.

George P. Bush Gets To Learn A Crucial Lesson About Trump

Patrick Roberts Can Move To Blackburn Rovers From Manchester